Taiwanese chip maker,Â MediaTek, is doing well with its Dimensity 5G SoC series. The rate at which the Dimensity series has been adopted much higher than other MediaTek chips. It seems that 5G is the big break that the company has been waiting for. 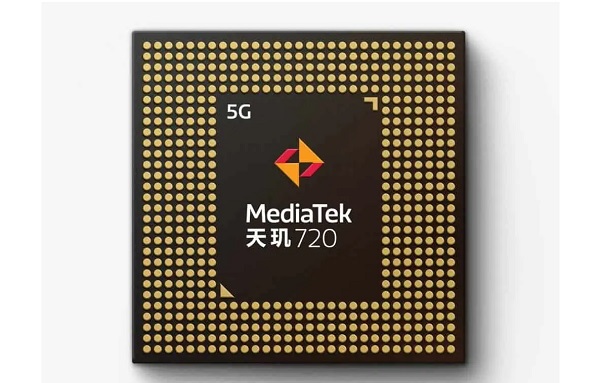 The Dimensity 720 uses a 7nm process and integrates a low-power 5G modem. It comes with an eight-core CPU and contains two ARM Cortex-A76 cores with a clock speed of 2GHz. Ths chip also boasts of an ARMÂ Mali-G57 GPU.Â In addition, the Dimensity 720 supports a 90Hz screen refresh rate, a maximum 64MP camera, and a 20MP + 16MP dual-camera combination.

Furthermore, this chip uses a DDR4x RAM up to 2133MHz, and a newer UFS 2.2 storage. This offers better performance. Apart from this, the SoC also supports HDR10+ content on displays with its in-house MiraVision technology. The company says with local mapping, the technology can retain details of darker areas, upscale HDR10 to HDR10+, and more. Supporting a maximum resolution of 2520 Ã— 1080 pixels, it allows vendors to crank up the refresh rate up to 90Hz.