As promised, Oppo has made its 125W Flash charge technology official alongside new range of charges. Oppoâ€™s 125W option can charge up a smartphone with 4,000mAh from 0% to 100% just 20 minutes.

With that said, Oppo also launched a speedy 65W wireless charging AirVOOC dock, a notable upgrade from the companyâ€™s already fast 40W option. There are also new 110W and 50W compact GaN chargers on the way if youâ€™re looking for a high-power plug with a little less bulk. 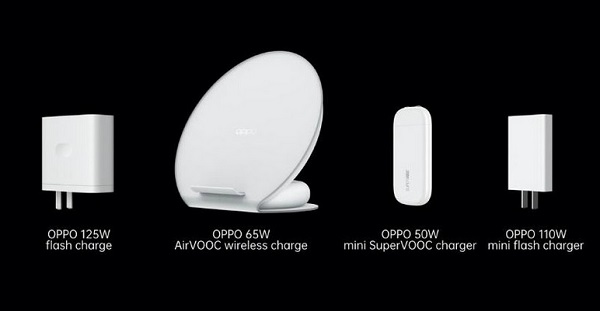 Oppoâ€™s 125W standard claims to power up a 4,000mAh battery to full in 20 minutes and will hit 41% capacity in just five minutes. This is all achieved while keeping the phoneâ€™s battery under 40Â°C, which will help offset some battery degradation. 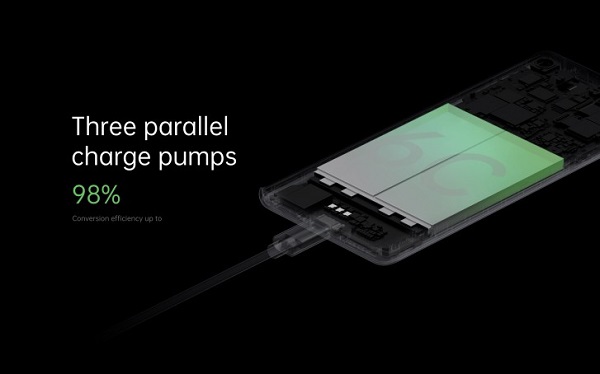 In order to protect the power cell and the smartphone, the design of the tech comes with three parallel charge pumps that split the power, and Oppo has implemented 10 additional temperature sensors for extra safety.

It operates on the same level as the wired 65W SuperVOOC 2.0 â€“ two coils are charged simultaneously and a full charge of a 4,000 mAh battery should take about 30 minutes. 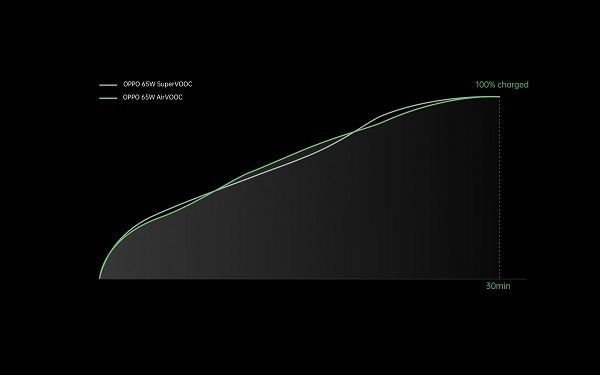 The 50W mini SuperVOOC charger is just as portable as a 4G modem. The idea is to put it in a pocket or a purse and go on with your great day, instead of having to bring around the standard heavy power brick. It is compatible with VOOC protocols (up to 4.0 at 30W) and also works with 27W and 50W PPS. 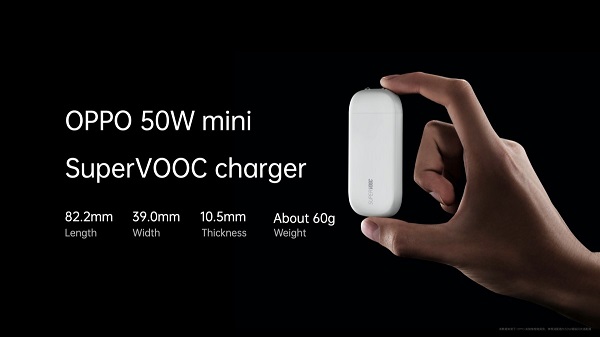 So as to provide proper current, the mini charger comes with so-called â€œpulse chargingâ€ – Oppo removed an electrolytic capacitor and allowed the charger to literally pump massive amounts of power at equal time slots of 40 ms, instead of going for the traditional increase of power throughout time.

Just like the 50W, the 110W mini flash charger was developed with the same idea. Though it is slightly bigger, but operates on the same level. It is expected to be compatible with all popular standards – SuperVOOC up to 65W, VOOC up to 30W, constant output of PD at 65W and Quick Charge at 36W.

According to Oppo, it could even be used to charge devices from other brands, although at limited rates – the Huawei P40 Pro at 18W, instead of 40W, the Xiaomi Mi 10 Pro at 30W, instead of 65W, and a MacBook Pro at 65W – in all cases charging be carried out with the original cable, provided in the retail box. 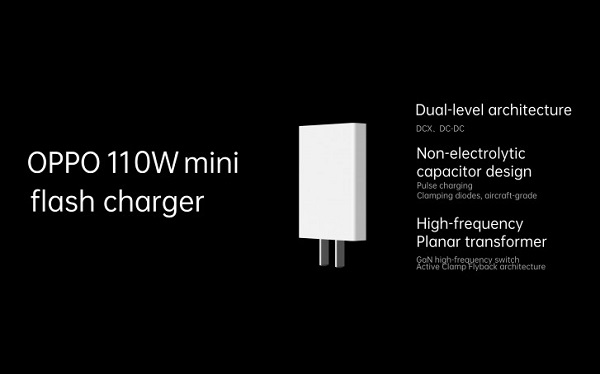 Â Currently, there are over 157 million users all over the world of the various VOOC technologies, and Oppo is promising to keep delivering fast-charging solutions with applying for more than 2,800 global patents on flash charging.