Towards the end of last year, HMD Global launched the Nokia 2.3 entry-level smartphone and now the company seems to be all set to announce its successor, called Nokia 2.4. The smartphone has now appeared on the benchmarking platform GeekBench, with some of the key details revealed.

The listing also reveals that the phone will have 2GB of RAM. While the storage capacity is not yet known, we expect it to be either 16GB or 32GB. As for the score, it managed 136 points in the single-core test and 497 points in the multi-core test. 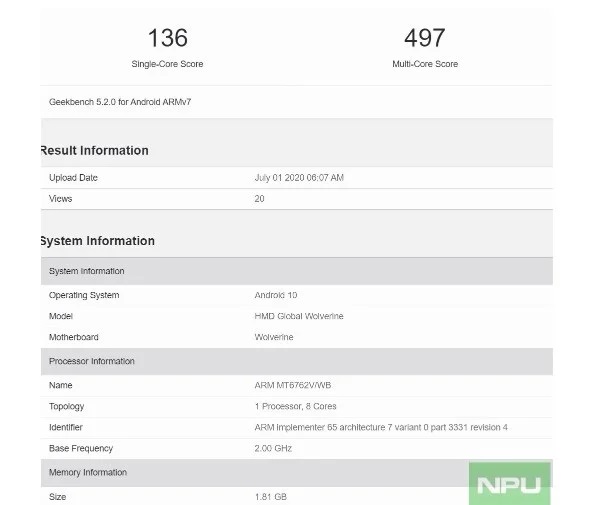 With the appearance of the smartphone on the benchmarking platform, the launch is expected not be far from now. We expect to get more information about this upcoming smartphone in the coming days or weeks, ahead of its launch.

Meanwhile,Â the HMD Global has confirmed that it will be among the first to release a smartphone powered by the newly announced Qualcomm Snapdragon 690 SoC. The phone is confirmed to be â€œtruly global 5Gâ€ and is expected to be priced lower than the Nokia 8.3.