After numerous beta builds, Microsoft Launcher 6.0 is now rolling to everyone who already has the app installed on their Android devices. Besides the obvious visual changes, itâ€™s important to add that Microsoft Launcher v6 is built on a new codebase that enabled developers to include more new features than ever. 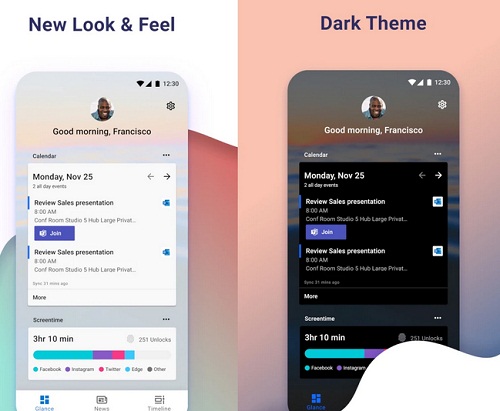 If you didnâ€™t know, the Launcher features full landscape mode support, as well as fully customizable icons. Last but not least, the new version of Microsoft Launcher boots up faster than ever before, uses a lot less memory, and is more battery efficient. Not to mention that youâ€™ll notice Microsoft Launcher now feature fluent animations.

Microsoft Launcher v6 is compatible with phones running Android 7.0 or higher, some features might only work on devices powered by Android 8 or newer.

To down the launcher, head to Google Play store to do so.

You can share your experience with us if you are using the new lin the comments.

Nothing launcher released; Here’s how to Install it on your smartphone