MediaTek has yet again announced another 5G-enabled chipset, the Dimensity 720, and this one goes even lower in the price bracket. It’s also the first from the company in the Dimensity 700-series. 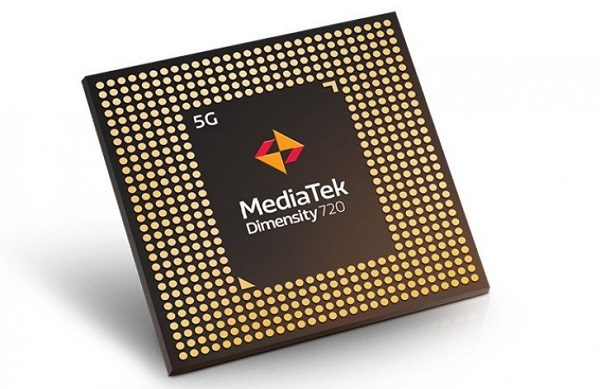 The new chipset is position just below the Dimensity 800Â and the flagship chipset in the lineup Dimensity 1000 and 1000+. The Taiwanese fabless semiconductor company is trying not to leave any stones unturned and giving Qualcomm a really race to run in terms of price range.

It’s built on the 7nm manufacturing process and employs an octa-core CPU that consists of 2x Cortex-A76 cores and 6x Cortex-A55 cores coupled with a Mali-G57 MC3 GPU. The chipset can be paired with LPDRR4X RAM and UFS 2.1 storage.

As far as 5G capabilities go, the mid-tier chip supports the sub-6GHz standard. To address the relatively higher power consumption of 5G, MediaTek is counting on the so-called 5G UltraSave technology to save on some juice. 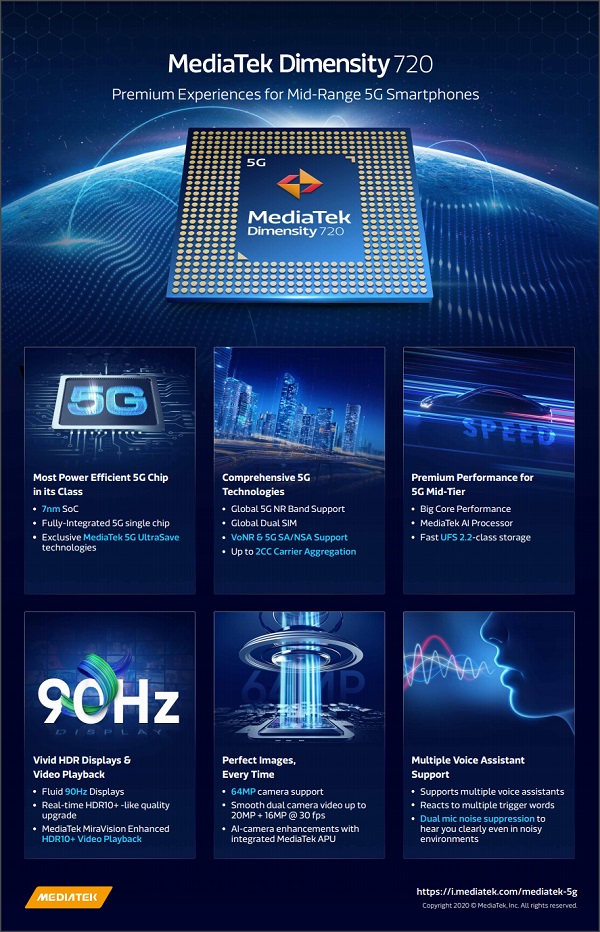 Ultra-affordable Devices To Have 5G Support

MediaTek says that the first Dimensity 720-powered smartphones is expected to arrive in the following months and given the pricing of the Dimensity 820 phones right now of around $250, we suspect the 720 will bring the price even lower.