The yet-to-be announced Lenovo Legion gaming smartphone is yet to be announced but it is already up for pre-order on JD.com in China. The listing brings few interesting details about the upcoming device, including a few presumably-official renders that show off the phone in all its glory. The e-commerce portal also refers to the device as the the â€˜Lenovo Legion Gaming Phone Proâ€™. However, itâ€™s not immediately clear as to whether that will, indeed, be its official name. 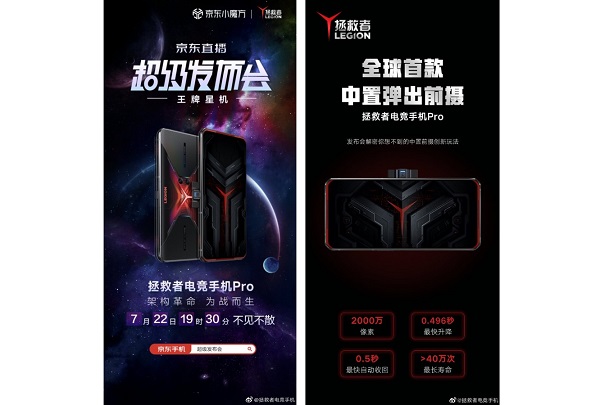 Meanwhile, the renders suggest that there wonâ€™t be either a notch or a punch-hole in the front. And if that is true, it simply means that the phone will likely feature a popup selfie-cam, as claimed in earlier reports.

The the popup module which is said to located on the side of the phone will apparently house a 20MP selfie-camera. The location of the popup is unique as most devices with such features have theirs at the top. So it will be interesting to see if the novel placement helps or hampers the functioning of the device. 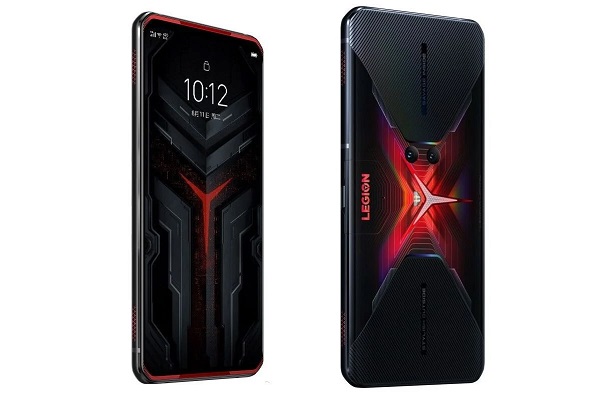 Furthermore, the renders suggests that the Lenovo Legion phone will come with two front-firing stereo speakers. The left side of the smartphone will also apparently have trigger buttons. The concept was first adopted by the Asus ROG Phone, but has since been used by most gaming devices, including the Nubia Red Magic lineup.

The company has already confirmed that the device will be powered by the Snapdragon 865+ processor. A recent listing on AnTuTuÂ also says that it might come with 16 GB of LPDDR5 RAM and 512 GB of UFS 3.1 storage. It might also feature a 144Hz FullHD (2340Ã—1080) display and run Android 10 with â€˜Legion OSâ€™ on top. 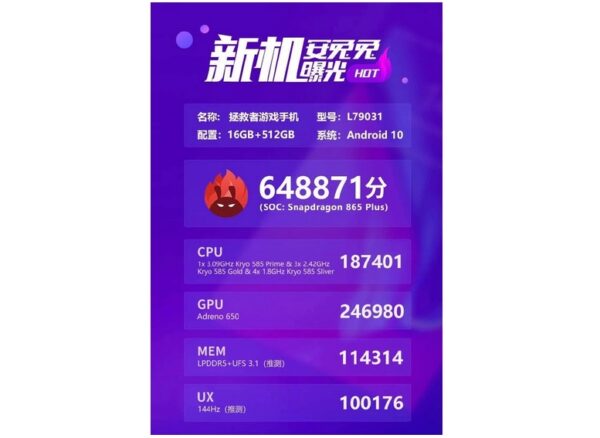 As earlier mention, It has a side-mounted pop-ups selfie shooter of 20-megapixel. The rear panel has a 64-megapixel main camera and a 16-megapixel ultrawide lens.

The Legion UI based Android 10 OS will come preinstalled on the smartphone. The phone could be housing a 5,000 mAh battery and Lenovo has been advertising that it will support 90W fast charging. Lenovo is expected to launch its first-generation gaming smartphone on July 22.

Google To Revamp Gmail, As Rivalry With Microsoft Heats Up