The gaming smartphone catalog keeps getting bigger and another one has been added, the entry of the Lenovo Legion Phone Duel. The device is practically the first phone in the world with a Snapdragon 865 Plus processor, and it will be challenging the ASUS ROG Phone 3 which was also announced today. 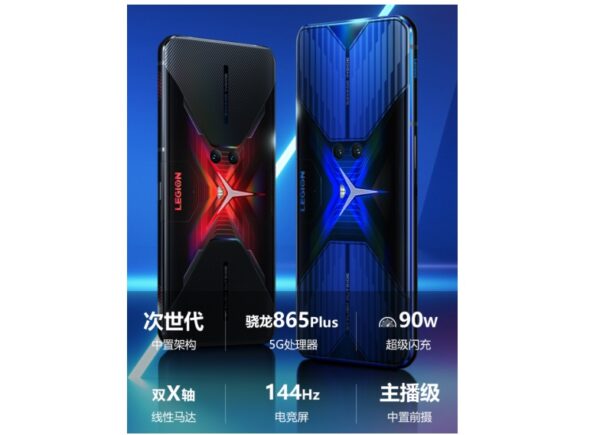 Just as ASUS adopted the name of its gaming PC line, ROG, Lenovo has done the same by adopting â€œLegionâ€ which is the name of its gaming PC line. The name is pasted boldly on the back of the device and the familiar â€œYâ€ logo which houses a multicolor LED can also be seen on the back. The Legion Phone Duel is available in two colorways â€“ black and blue, which appear to have different finishes.

The Legion Phone Duel is built around a 6.59-inch FHD+ AMOLED display with a 144Hz refresh rate and a 240Hz touch sampling rate. While Lenovo went for a full-screen design (no notch or punch hole), the phone still has some bezels at the top and bottom. The device also boasts front-facing stereo speakers.

The Snapdragon 865 Plus processor clocked at 3.1GHz is paired with up to 16GB of LPDDR5 RAM and 512GB of storage. The device scored a whopping 648871 points on AnTuTu.

There are two cameras on the back of the device and they are placed in an unusual position just like the 20MP f/2.2 selfie camera which slides out of the side rather than the top. The 64MP f/1.89 camera and its 16MP ultrawide angle companion are positioned in the middle of the phone just next to the Legion logo. 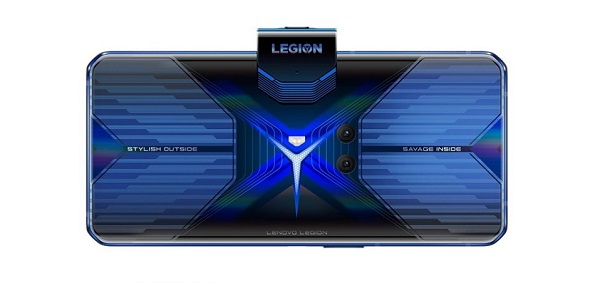 Lenovo says the position of the selfie camera allows the user to live stream while playing games in landscape. A software feature will allow you to in-lay your camera view while streaming.

There is a 5000mAh battery inside this gaming beast and as you can see in the image above, the Legion Phone Dual actually has its batteries split into two, each with a capacity of 2500mAh. It supports 90W Turbo Power fast charging that allows you to charge the device up to 50% in 10 minutes or to 100% in just 30 minutes. All you have to do is connect a charger to both USB-C ports on the device. Donâ€™t worry, the charger actually has two USB-ports so you donâ€™t need two separate chargers.

It runs Android 10 out of the box with ZUI 12 or Legion OS. Checkout the full specs of the Legion Phone Duel below. 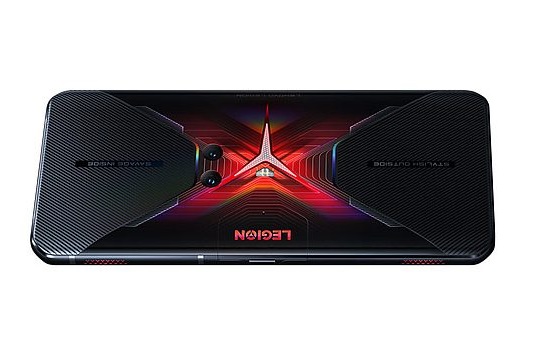 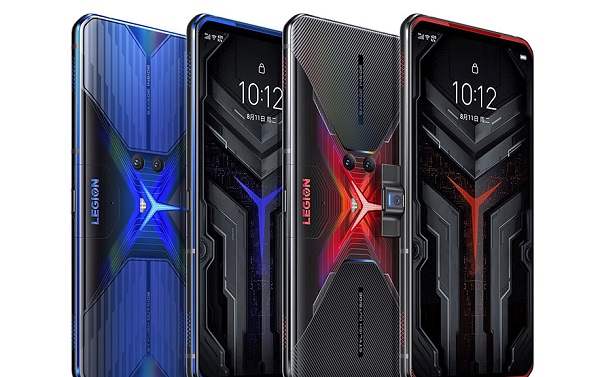 The Lenovo Legion Phone Duel comes in four configurations. Below are the versions and their respective price tags:

The phone will also be announced in Europe, the Middle East, Africa, and Latin America but will not be sold in the US.