TellForce Blog
Home News What Is Liquid Crystal Display (LCD) And Why Do We Have It...
Twitter
Pinterest
Linkedin
ReddIt
WhatsApp
Tumblr
Email
Print
Telegram
Advertisement

Liquid Crystal Display (LCD) is the most popular kind of display on smartphones today. The phone in your hand likely has one. There are other kinds of displays, so why is this type so common and what are the benefits? A Liquid crystal display is a flat-panel display that makes use of light-modulating properties of liquid crystalline compounds. Liquid crystalline compounds are substances that maintain a state of matter between solid crystals and conventional liquids.

Liquid crystalline compounds emit no light of their own directly, but use a reflector to produce images in colour. LCDs have a wide range of applications from instrument panels, aircraft cockpit displays, computer monitor screens, LCD televisions, and a number of portable devices like cameras, smartphones and digital cameras.

As earlier mentioned, most smartphones nowadays have Liquid Crystal Displays as the prevalent touchscreen technology they are fitted with. Smartphones today have a range of applications, from surfing the web, playing games, watching TV shows just to name a few. To enjoy these benefits to the fullest, smartphone screens have evolved over time to let users get better screen and picture quality on their devices.

An LCD is created with the use of two pieces of polarized glass. The second glass is placed perpendicular to the first, and placing the two polarizer 90-degrees from one another will block out all light waves.

The first layer creates polarized light on one plane and the second glass passes only light waves that travel at a 90-degree angle to the first plane, blocking off the polarized light passed by the first filter.

In between both perpendicularly placed polarizer glasses, a layer of liquid crystals can be found. These liquid crystals, which are in a state of matter between solid crystals and regular liquids, take up a number of different forms and shapes which are dependent on factors that include temperature.

Liquid crystals can also be affected by electric current. When a current is applied to a twisted nematic liquid crystal, it untwists and does not let the passing light waves rotate. These waves are then blocked out by the second polarizer. To apply the electrical current needed to alter liquid crystals, LCD makers use a thin grid of transparent transistor.

A transistor represents a single area in which an electric current can be applied to produce a unique shade, which is known as a “sub-pixel”. Each sub-pixel can then be filtered through one of the three primary colours, red, green or blue. When an electric voltage is applied on these sub-pixels, each sub-pixel intensity can go over 256 shades. The combination of three sub-pixels make up a pixel, and a combination of pixels make up a smartphone’s display.

One of the foremost benefits of an LCD in a smartphone is the clarity of text and images, giving users clearer visuals on their devices. Another upside to the use of Liquid Crystal Display in smartphones is lack of bulk. LCDs are generally thinner, lighter and easier to handle, making sure that smartphones do not have to endure any extra mass.

Smartphones with LCDs are sleeker and come with a more attractive design, making them easier to operate with one hand.

Devices that have LCDs have more space for extra features in them, as LCDs help smartphone users manage the extremely limited space in the interior of smartphones. LCDs are also very energy efficient, consuming low power and making them a delight for manufacturers and phone user alike.

It is easy to dispose and is available in a variety of screen sizes.

Liquid Crystal Display types also cost less than competing types, which is one key reason why most smartphones use one. You will find LCD screens on the most basic smartphones, in mid-range smartphones, and also high-end smartphones. 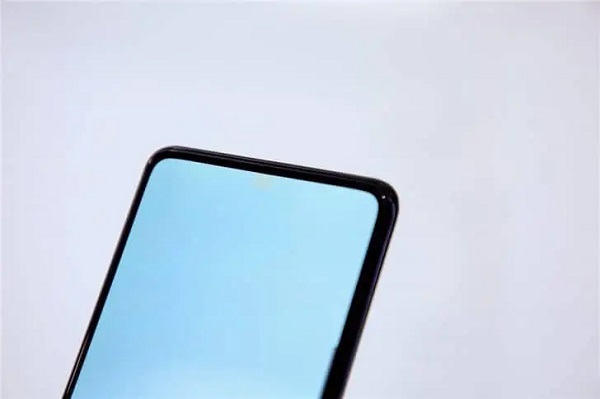 Costs of Having LCDs In your smartphone

LCDs have seen an increased application in recent times, which has led to a spike in the prices of smartphones and television sets that use this technology.

In January 2016, the average price for a 40-inch LCD panel was $94 according to reports from HIS Markit. Now, this same panel size sells for $141, an almost 50% increase jump in price. This has forced smartphone manufacturers to up the prices of their device to cater to the rising cost of this technology, meaning that users have to pay more for smartphones that use LCDs.

What Types Of Smartphones Use Liquid Crystal Displays?

Within smartphones, there are TFT and IPS displays. TFT means Thin Film Transistor, which is an advanced version of LCD which employs an active matrix. This means that each pixel is attached to a transistor and capacitor individually.

IPS stands for In-plane switching, which is an improvement on TFTs and delivers better viewing angles compared to TFTs. Smartphones with these displays (TFT or IPS) use Liquid Crystal Displays.

The Great Competitor And The Future Of Liquid Crystal Displays

In spite of the widespread use of LCDs, there are fears that a certain fast-rising technology is expected to see LCD use decline in the coming years. This technology, AMOLED (Active Matrix Organic Light Emitting Diode), use OLEDs which consume less power, provide better picture quality, have faster refresh rates, are more durable and weigh lighter than LCDs.

Microsoft Edge for Android Gets AdBlock Plus integration