Japan seems to be preparing to follow the footsteps of India and the US with a possible ban on TikTok and other Chinese applications. This is coming after India previously banned over 59 apps, with the US also planning a similar course of action.

Japan To Ban TikTok and Other Chinese Apps

According to anÂ NHK World report, a group of lawmakers is working to place ban on the use of TikTok and other apps that were developed by Chinese publishers. Just like the other two nations, the Japanese lawmakers have also raised similar concerns regarding data security, with large sums of domestic data possibly ending up within the hands of the Chinese government.

The group is planning to submit the proposal to the Japanese government by September 2020. TikTok, the short video sharing platform, has seen great success in Japan, despite being a tough market to get into. Data from the iOS store in Japan has revealed that the platform has consistently ranked at the top among entertainment apps from across the globe. It currently holds the 5th most downloaded position. 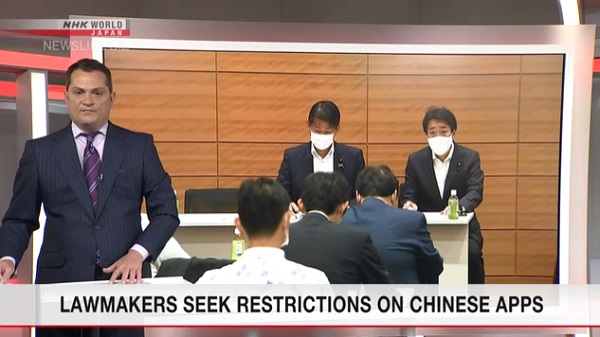 The company’s spokesperson stated that â€œThereâ€™s a lot of misinformation about TikTok out there. TikTok has an American CEO, a Chief Information Security Officer with decades of industry, U.S. military and law enforcement experience, and a U.S. team that works diligently to develop a best-in-class security infrastructure. Four of our parent companyâ€™s five board seats are controlled by some of the worldâ€™s best-respected global investors. TikTok U.S/ user data is stored in the U.S. and Singapore, with strict controls on employee access.â€