iQOO Z1x is expected to be launched soon. The device has been in the rumor mills for quite some time now. Though, from the beginning of the month, the Chinese company has been releasing teaser to stylishly reveal different features of the phone.

Just like the other companies in the market right now, iQOO is also shifting its attention to 5G smartphones with the imminent arrival of the new Z1x, which will be featuring a 5G mid-range chipset: Snapdragon 765G. 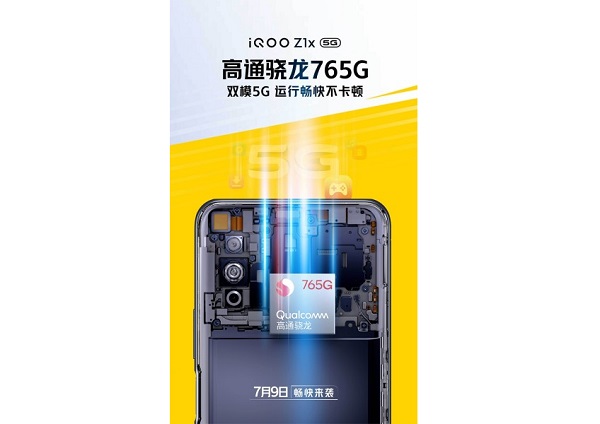 Recently, the TENAA certifications revealed a CPU with a clock speed of 2.4GHz that will be powering the Z1x. Since iQOO already launched iQOO Z1 with MediaTek Dimensity chipset, it was expected that the Z1x will be Snapdragon-powered. Now, the company has finally confirmed that iQOO Z1x is going to be powered by the Snapdragon 765G. The smartphone will support dual-mode 5G (SA/NSA).

Furthermore, the iQOO Z1x sports a 6.57-inch 1080×2408 resolution screen with a 120Hz refresh rate to provide the buttery smooth experience. Since 5G and 120 Hz display are battery absorbers, the company has opted for a significantly bigger battery. The phone will be rocking a larger battery of 5000mAh. As Vivo is the parent company of iQOO, a faster charging solution is for sure. There will be 30W fast charging support.

Talking about the camera department, there is a 48MP main camera accompanied by two 2MP units. While, on the front side, a 16-megapixel is sitting in the small punch-hole notch.

A USB-C port and 3.5mm headphone jack will be present, you’re welcome gamers. While if the phone looks ditto to the previously launched iQOO Z1, then there is a difference. The LED flash has been moved to the right side of the cameras, which is the only prominent difference I could notice. This is just the same phone but for anti-MediaTeks. 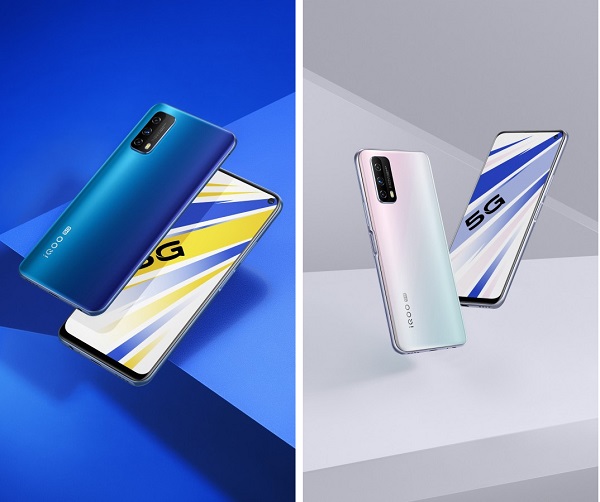 Why iQOO Z1x When We Already Have iQOO Z1?

iQOO Z1? Okay. As I stated earlier, this is just another phone with a similar design. Well, the iQOO Z1x is a bit cheaper version of Z1. The Z1 features a higher 144Hz refresh rate and a better chipset. The iQOO Z1 is priced at $345, so we just have to wait to see the price tag the Z1x will carry.

More information is expected to be available once the phone goes official on July 9. Hence, I will leave my question to iQOO, as they will be deciding the pricing of the phone.