For the past few months, there have been several rumors and leaks as regard the upcoming iPhone 12 series. In fact, most of the key specs of this handset is already public knowledge. However, the exact launch date is still veiled. Nonetheless, recent information on Twitter claims that the iPhone 12 will arrive inÂ  September.

The source claims that Cupertino company will unveil new products including the iPhone 12 series on September 8. The report also went further to claim that Apple will also launch iPad Pro and Apple Silicon Mac on October 27.

Alongside the new iPhone 12 series, Apple will also release new Apple Watch and iPad models and AirPower on September 8. The Apple Silicon Mac includes the MacBook and 13-inch MacBook Pro. The information specifies that the September 8 event will be online. However, there is no specification for the October 27 event. Considering the times, it will probably also be online. 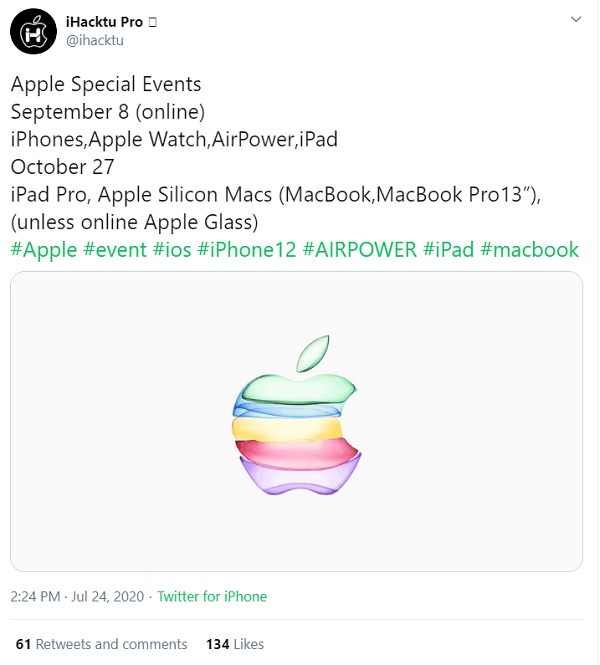 According toÂ iHacktu, Apple is also expected to release its own Apple Glass AR device. This information is most likely authentic becauseÂ iHacktuâ€™s past leaks have proven to be reliable. However, the information is still not official thus we treat it as a speculation.

Rumors Surrounding The iPhone 12 Series And Other Apple Product

There are rumors that Apple Watch Series 6 will have better water resistance, a larger battery to help sleep tracking, and other upgrades.

There is not much information on the new entry-level and mid-range iPad models. In the past, there were reports that Apple would launch the 10.8-inch iPad Air and the new iPad mini for the first time. Although Apple has announced the iPad Pro models in 2020, there are rumors that Apple may release new products that support 5G and use mini-LED displays in the second half of the year or early 2021. 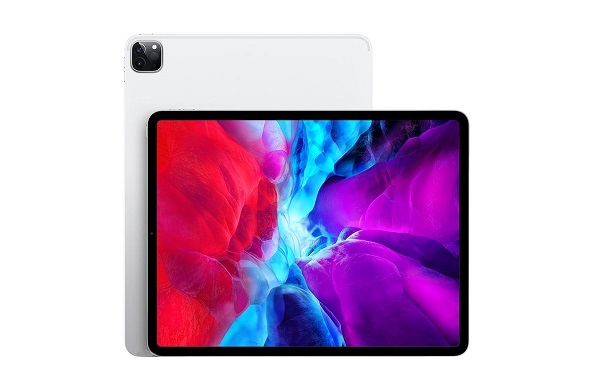 In addition to the iPad Pro, Apple will release the first batch of Apple Silicon Mac products, which may include the 13.3-inch MacBook Pro and the now discontinued 12-inch MacBook.

According to Jon Prosser (Jon Prosser), Apple is testing AirPower equipped with Apple A11 chip. As of now, there is no information on the release date for this device.