Corning, the manufacturer of Gorilla Glass, the protective glass that most phones uses to protect both the display and back panel nowadays, has launched its next-gen Gorilla Glass Victus today. The company claims the new release have â€˜better drop and scratch resistanceâ€™ as compared to its competitors.

Gorilla Glass Victus is a successor to Corningâ€™s current flagship products â€“ theÂ Gorilla Glass 6. The latter was announced about a couple of years ago. The company has done away with the numeral nomenclature with this new iteration, which is the â€˜toughest Gorilla Glassâ€™Â to date. 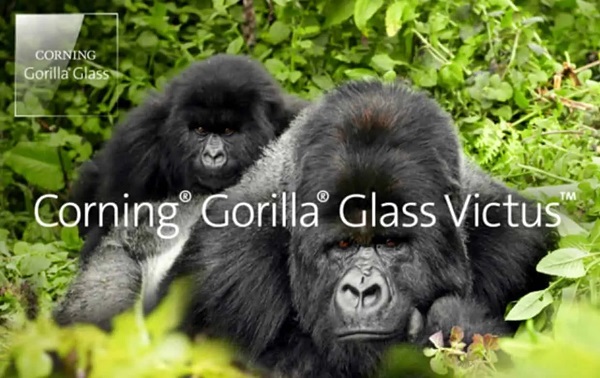 It is called Gorilla Glass Victus, whereÂ Victus means â€˜to surviveâ€™Â and that has to do with the improvements this time around. It is Gorilla Glass 7 but yes, with a new name.

Gorilla Glass Victus has a significantly improved drop and scratch resistanceÂ at the same time. It can survive drops from up to 2 meters on rough surfaces, which is a 0.4-meter (or 25%) improvement over Gorilla Glass 6 (from up to 1.6 meters). Now, thatâ€™s around 6.5 feet and quite impressive. Corning further adds that aluminosilicate glasses from competitors only survive up to 0.8-meter drops.

As for the scratch resistance, Corning boasts of 2x gains on this front in comparison to Gorilla Glass 6 and 4x better in comparison to competitors. This meansÂ Gorilla Glass Victus is much less prone to scratching. So yeah, instead of focusing on only one aspect like previous iterations, Victus earns its name for offering a better performance on both fronts.

Gorilla Glass Victus not only has 2x better scratch resistance but it brings a 25% improvement in drop survival as well.

The company believes that improved durability â€“ drop and scratch resistance â€“ is an important purchasing factor. And thatâ€™s certainly true. One would pick Gorilla Glass 5 protection over Gorilla Glass 3 in the same price bracket.

Corning further adds that it mostly focused on either of the two improvements â€“ drop or scratch resistance. Gorilla Glass Victus brings upgrades in both areas.Â â€œInstead of our historic approach of asking our technologists to focus on a single goal â€“ making the glass better for either drop or scratch â€“â€“ we asked them to focus on improving both drop and scratch â€“ and they delivered with Gorilla Glass Victus,â€Â stated John Bayne, SVP and GM, Mobile Consumer Electronics at Corning in an official blog post.

In an official blog post, Corning revealed thatÂ â€œSamsung will be the first customer to adopt Gorilla Glass Victus in the near future.â€ Will we see Victus being employed in the upcoming Galaxy Note 20 series? We will have to wait a couple of weeks to get an answer to this question. Samsung will unveil its next flagship Note series at aÂ virtual Galaxy Unpacked event on August 5.

Glo Announces Immediate Increment In Its Volume of Data Allocation