Samsung is set to unveil a bunch of new devices the next week August 5 at the Galaxy Unpacked event. The event will bring the Galaxy Note20 family to the light alongside new wearables such as the Galaxy Watch 3 and Galaxy Buds Live. The Korean giant will also launch a new pair of tablets under the Galaxy Tab S7 branding. Then, weâ€™ll be seeing the brand new member of the Galaxy Fold family in the form of Galaxy Z Fold 2.

A couple of leaks has surfaced before now, however, a recent one is bring the best glimpse of the new foldable phone to our eyes, courtesy from MySmartPrice. It brings a couple of high-resolution renders showing the foldable phone and its stock wallpaper. One of the biggest changes in this new Z Fold 2 is that it ships with a punch-hole design. It replaces that the notch that occupied a good amount of the screen in the original fold. According to the images, we have a much cleaner design. 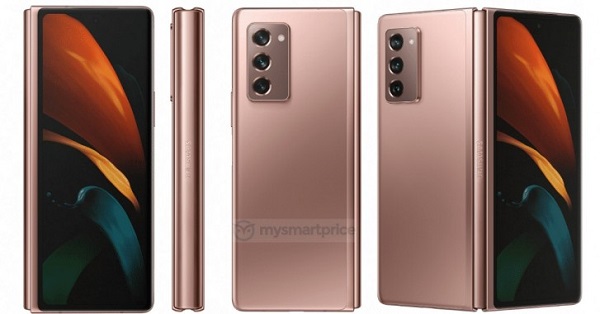 In addition to the new cutout, the new foldable smartphone also features a bigger cover display. Therefore, you will get a phone that is more useful in its folded status. Itâ€™s a more versatile phone since you will not need to unfold it every time. 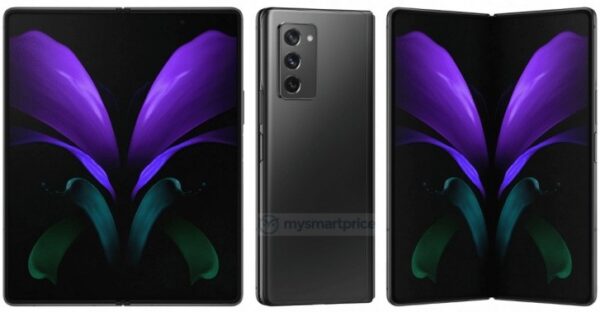 The renders also reveal that the Galaxy Z Fold 2 will come with a triple-camera array, this turned into a common choice among flagship phones. Apparently, this camera setup will be a 64MP main shooter, a 12MP sensor probably for ultra-wide shots, and finally a third 12MP unit. In the punch-hole, we will have a single 10MP selfie snapper. 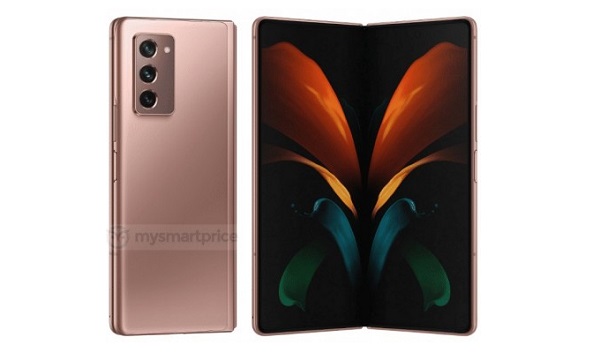 The handset is also expected to be more durable compared to its predecessor which has suffered from durability issues in the past.