AnTuTu as usually has released its mobile phone performance ranking for the month of June 2020 which is based on the statistics collected in the background. The ranking is based on data gathered from June 1 to June 30, 2020.

According to the list, it could be deduced that the Snapdragon 865 mobile platform has an absolute say in the performance ranking of flagship models. 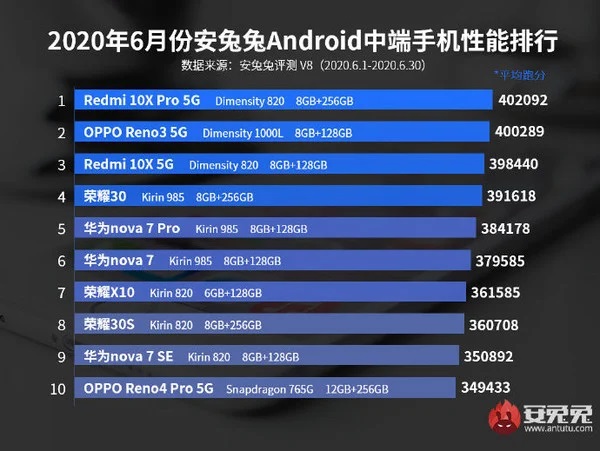 As can be seen from this list, in this price segment, Dimensity 820, Dimensity 1000L, Kirin 985, Kirin 820, and Snapdragon 765G all have almost similar performance level. This is reflected in the differences in the gap between the number one and number ten is less than 60,000 points.

You Will Be Receiving Your N500 Oyi-beeptool Smartphone in 7 Months...