AnTuTu is one of the most popular benchmark app. It is even more popular among manufacturers as they use its benchmark results to boast about how powerful their devices are. However, due to security concerns, Google removed all AnTuTu apps on the Play Store earlier this year. Now, the search giant is not stopping there as it is taking it a step further by blocking the app from being side-loaded. 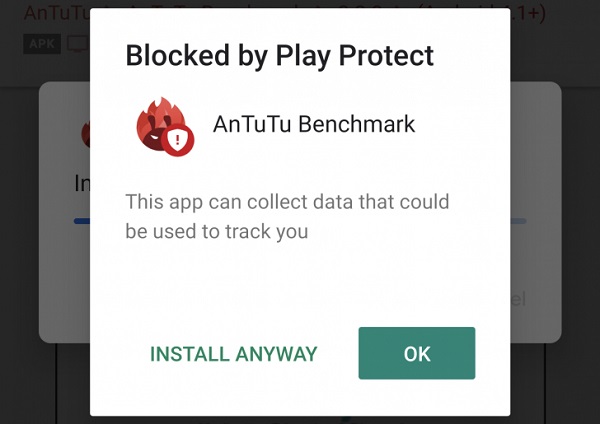 If you attempt to sideload the AnTuTu app, Google Play Protect Services will warn you that the app can collect data that can be used to track you. At present, users can choose to install the app even with the warning but there are speculations that it may prevent the installation in the future. The Play Protect security warning comes up when you try to install versions 8.3.9 and 8.3.5 of the app. Surprisingly, AnTuTu is still listed on Appleâ€™s App Store. 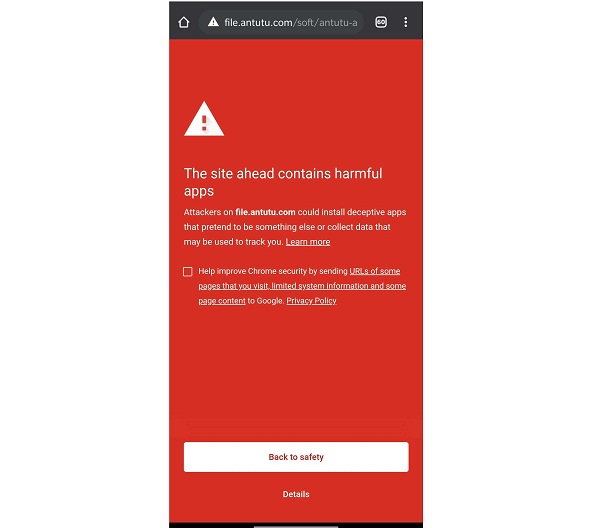 Also, it has been reported that visiting the AnTuTu site via Google Chrome, will alert a security warning that the site contains harmful apps that can collect tracking data.

AnTuTu is yet to respond to this new development. Back in March when its apps were pulled down from the Play Store, it responded with a statement saying it wasnâ€™t owned by Cheetah Mobile, a developer whose apps have violated Play Store policies several times and had to be pulled down. Once there is an official statement, we will update the article.

Nonetheless, for now, it is advisable to steer clear of the app until it is considered safe.

iOS 14 And iPadOS 14: Public Beta Version Rolling Out To Everybody