OnePlus Nord To Be Launched On July 21 In India, Retail Box Revealed

OnePlus is all set to open its shop for the mid-range smartphones again. For some weeks now, the Chinese manufacturer has been hyping up its upcoming device, and even revealed the official name earlier last week. The phone is called the OnePlus Nord. Even the official design and internals specs of the smartphone have been teased. However, the launch date for the Nord was still a secret before now.

First spotted by reliable tipster Ishan Agarwal in a already-deleted tweet, Amazon India appears to be impatient with the teasers to expose the OnePlus Nord launch date. The e-commerce giant listed the Nord AR launch invites, revealing that the OnePlus mid-ranger will launch on July 21 in India. This means we will officially be greeted with Nord two weeks from now. 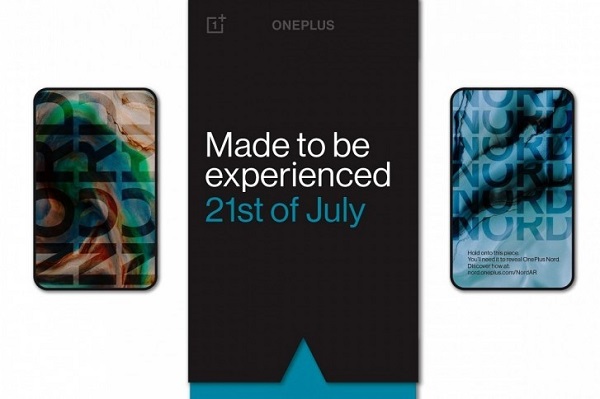 OnePlus has via a post on its official Instagram account for the Nord, has revealed the retail box of the upcoming smartphone. It’s a black box with a cyan accents. Weirdly OnePlus teases the packaging’s sturdiness, showing a photo of two people standing on opposite sides of the box.

The OnePlus Nord will sport a 6.55-inch Super AMOLED with 90Hz refresh rate, it will powered by a Snapdragon 765G chipset, have a quad camera with a 64MP primary shooter and a dual-selfie setup on the front – a 32MP main and 8MP ultrawide camera. It will pack 30W charging and cost under $500. The Nord will be available in Europe and India, initially.

How To Create A GIF Background For Your New Chrome Tab