WhatsApp has started testing one of the features users have been clamoring to get, for many years. Yes, we mean simultaneous access to an account from several devices at the same time (WhatsApp multi-device access). For example, the app can be in use from a smartphone and a tablet. Telegram users already have that functionality in its platform for years now.

Yes, it’s the ability to use your WhatsApp account from 4 devices at the same time.
Under development, but it’s great!

As usual, the upcoming features were reported by the WABetaInfo. According to the source, you will be able to use your WhatsApp account from four devices at the same time. At the moment, the function is under development and will soon appear in beta. However, we do not know the exact launch dates yet.

WhatsApp users have been dreaming of the appearance of true support for working with multiple devices since the launch of the messenger in 2009. Synchronization between devices with the simultaneous operation of WhatsApp is simply not provided. WhatsApp currently only allows you to connect to your account from one device. Even the desktop version of WhatsApp can only work in conjunction with the running application on the smartphone, simply â€œmirroringâ€ it.

The WhatsApp team is also testing several other useful functions including searching by date and new tools for using memory. In addition to sorting photos in a chat by newness or size and deleting saved messages except those marked. And so on. 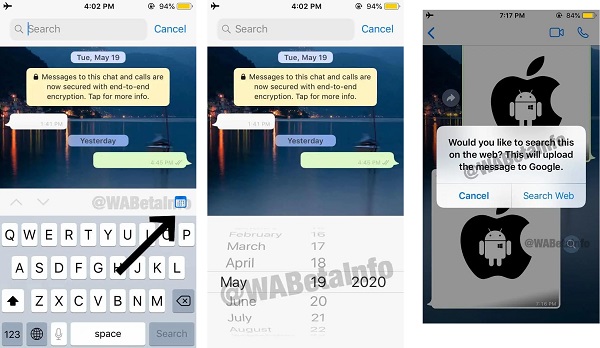 All these features are yet to be available in the public beta of WhatsApp, they are only present in private test builds for now.

This Galaxy S8 concept image are just too beautiful