Snapchat hasÂ announced the it has released a series of new features for the platform at its Snap Partner Summit event earlier this week. The latest features are mainly aimed at improving the overall navigation and accessibility in the app, along with some cool additions such as voice commands to pick lenses, original shows, and more.

Snapchat is adding a new Action Bar at the bottom to help you quickly navigate between different features in the app. The app only supports swipe gestures for navigation right now. Below is how the new action bar looks, well, in action. 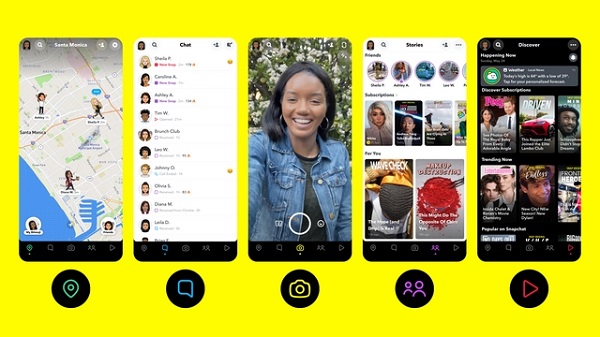 The social networking company is integrating Places â€“ a feature that adds popular spots and businesses to Snap Map. It has been rumored to be in the works for some time now. 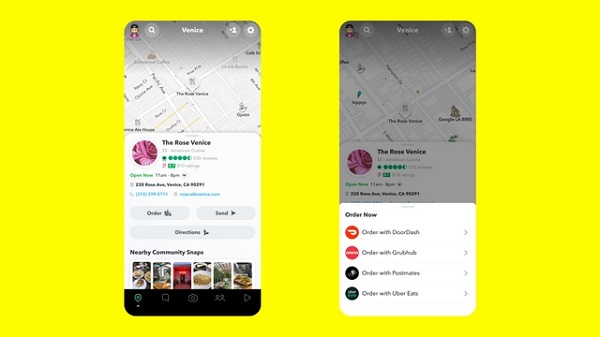 According to Snapchat, Place listings will show you Snaps from that location along with the address, working hours, and reviews sourced from TripAdvisor and Foursquare. You canÂ order food from within the appÂ through Postmates, Grubhub, DoorDash, and Uber Eats if youâ€™re in the US.

Snapchat is making it easier for users to explore Snaps based on certain categories with Topics. The feature is similar to hashtags but it uses a sticker instead. 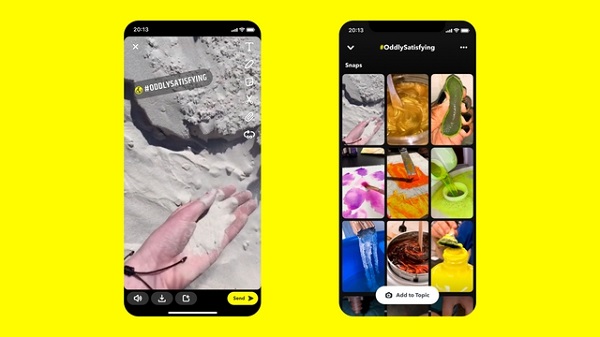 Snapchatâ€™s Scan feature lets you press and hold the camera to use relevant Lenses based on what it sees in the viewfinder. The company says it canÂ now identify 90 percent of plants and treesÂ with its partnership with PlantSnap. It can recognize almost 400 breeds as well. Hence, the next time you see an unfamiliar plant, you can just scan it vis Snapchat for more details. The company will also add a nutrition scanner that rates the quality of ingredients in packaged foods later this year.

Snapchat is also adding a new feature that lets youÂ use voice commands to pick Lenses. The feature is powered by SoundHound. For instance, you can simply say â€œHey Snapchat, make my hair pinkâ€ and it will automatically apply a pink hair filter right away. 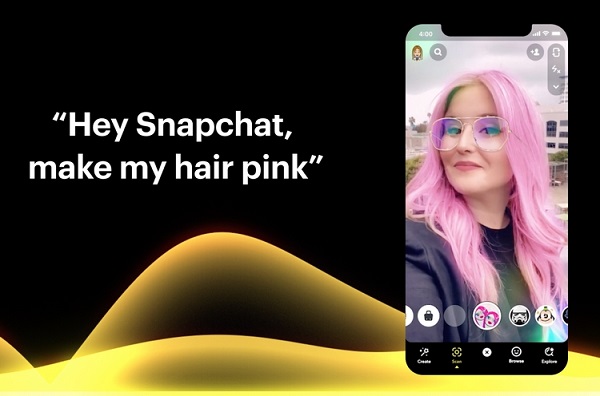 Though this feature is cool, there may be a lot of trial and error, as well as a learning curve to know what command will activate a certain lens. 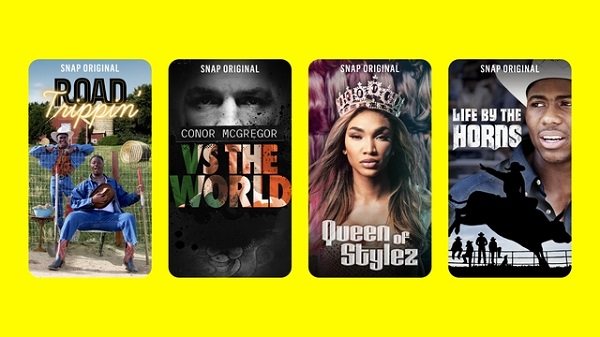 Now, going through the new features, which of the list excites you the most? Share your thought with us in the comments below.