Xiaomi is expected to take off the wrap around its budget-friendly Redmi 9 series by the end of this month in multiple markets including Vietnam, China, and India. According to recent leak, the company may launch the Redmi 9 series on June 25 in Vietnam. Weeks ahead of the launch, the rumors have been dripping down the key specs of the Redmi 9A, Redmi 9C, and Redmi 9 smartphones. Now, a live shot of the supposed Redmi 9 smartphone has surfaced on SlashLeaks, revealingÂ its two color variants.

Among the Redmi 9 lineup, only the Redmi 9 phone will come with quad cameras. Hence, it appears the handset shown in the live shot seems to be the Redmi 9 phone. It appears to be equipped with a polycarbonate rear. The phone looks attractive in teal and violet colors. It is likely to arrive in other color options. 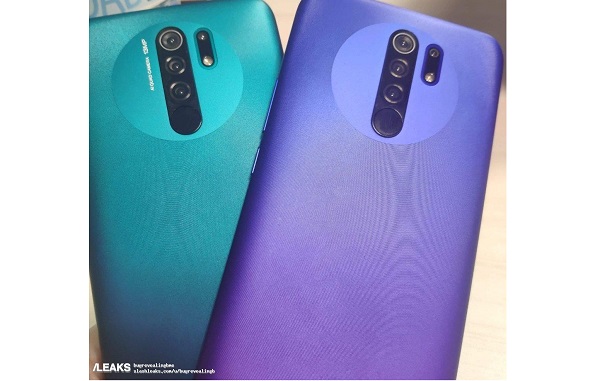 TheÂ Redmi 9 is built around a 6.5-inch LCD panel with top-center positioned punch-hole. It is expected to produce a Full HD+ resolution. The Helio G80 octa-core processor is said to power the phone with up to 4 GB of RAM. Contradictory reports have claimed that it is fueled by Helio G70.

The smartphone may ship with up to 64 GB of storage. The phone could be housing a 5,000mAh battery and an 18W fast charger could be present inside its retail box. The Redmi 9 is likely to arrive in two options such as 3 GB RAM + 32 GB storage and 4 GB RAM + 64 GB storage.

The phone may be priced under $150 in Vietnam.

What?! Moto RAZR coming Back With Foldable Design, Just like Nokia...