Redmi 9 is the most anticipated entry-level smartphone of the month. This month started with Redmi 9 series leaksÂ which included Redmi 9, Redmi 9A, and Redmi 9C. And finally, the Redmi 9 has officially been unveiled in China. In case you you are not aware, there are two major series in Redmi lineup: Number series and Note series.

The Redmi 9 is the direct successor to Redmi 8, but the changes that Redmi 9 brought has re-formed the budget category. The phone is now available in China at an astonishing price tag. However, before getting to the prices, letâ€™s check out what the Redmi 9 carries.

Redmi 9 is built around a 6.53-inches FHD+ display, the notch it carries is a teardrop one.Â  Although, the display is still a good jump from previous generations since now Redmi 9 is having a 1080p resolution display instead of 720p. For photography, there is a quad-camera setup consisting of a 13-megapixel wide-angle lens, an 8-megapixel ultrawide lens, a 5-megapixel macro lens, and a 2-megapixel depth sensor. For selfies, there is an 8-megapixel shooter. 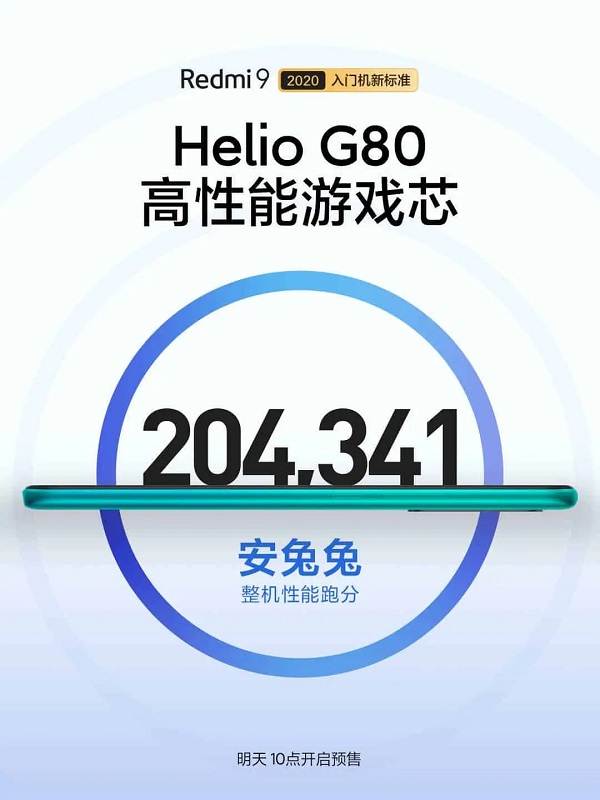 The smartphone comes with MediaTek G80 chipset which aims at providing a better gaming experience on budget smartphones. The chipset is further paired with up to 6GB RAM & 128GB internal storage. A 5,020mAh battery is rocking inside Redmi 9 that supports 18W fast charging through USB-C. On the software side, you will get the latest MIUI 12 on top of Android 10 out of the box. Apart from these specs, you will get a fingerprint scanner, Gyroscope, Accelerometer, Light & Proximity sensors. And who can forget the fan-favorite 3.5mm headphone jack? 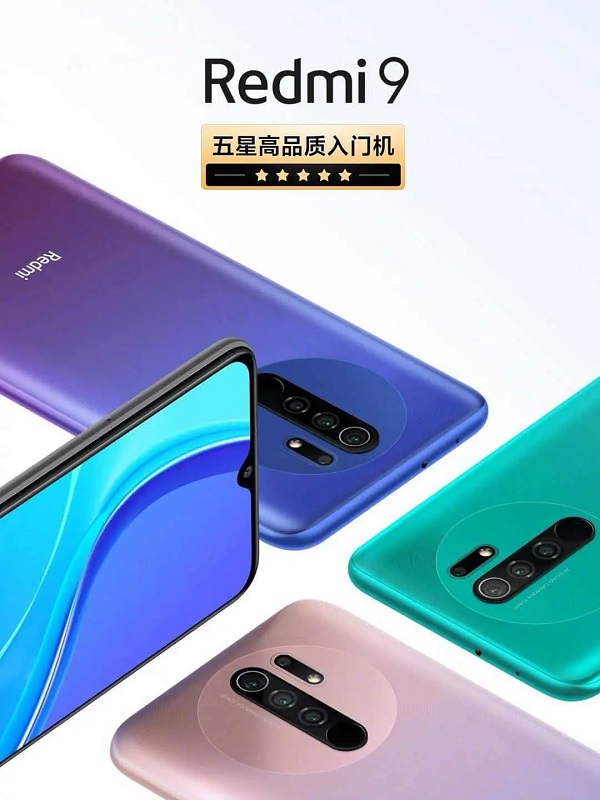 Redmi 9 in China comes with a few differences. One of the biggest changes, or upgrade I should say is dual-band 2.4GHz and 5GHz WiFi whereas theÂ globalÂ variant comes with single-band (2.4 GHz) WiFi. There is also a change in the software side, as the global version comes with MIUI 11 while the Chinese version rocks MIUI 12. Last but not least, the Chinese version ditches the 32GB internal storage option. 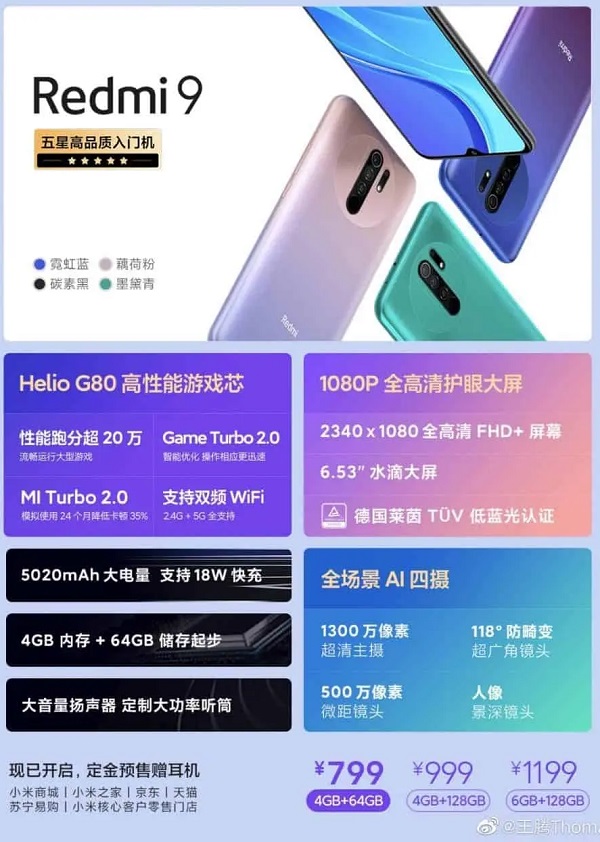 The Redmi 9 is now available at pre-order in China, no doubt Xiaomi just nailed it.