Google is tracing a different route than other smartphone makers with its Pixel lineup. Instead of beating in advanced camera hardware with an astonishing amount of megapixels and multiple cameras, the search giant is betting on the cameraâ€™s software. All the magic behind the Pixel phonesâ€™ excellent photography capabilities goes underneath the Google Camera app.

Googleâ€™s set of algorithms for the camera app is the holy grail of smartphone cameras. Exclusive features are coming with the companyâ€™s app like HDR+ and Astrophotography. These technologies made Pixel phones stand against the competition. In some cases, Pixel phones produce better images than your handset a Penta-Camera setup. Due to the wonders brought by this application, the community flourished with custom ports of the app named Gcam. 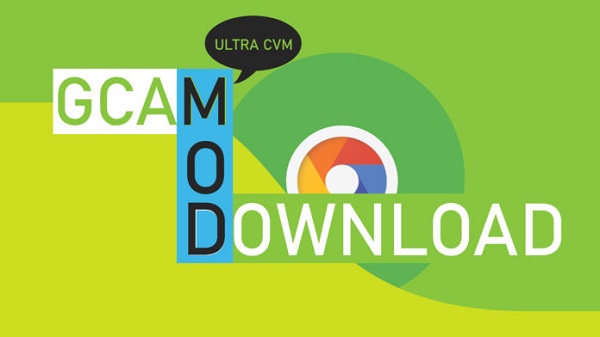 There are multiple variations of the app offering a wide array of features and extensive support for several Android smartphones.

Today, weâ€™re bringing MOD inside the Gcam community. It is named UltraCVM and offers HDR+ modes, Astrophotography as well as a wide variety of controls to improve the image quality. However, the mod seems to support only Android 10 and Android 9 Pie devices. Itâ€™s a limitation from the GCAM 7.3 base.

What Is GCam? And UltraCVM MOD?

In short, GCam is a mod that aims to bring the Google Camera app to several smartphones and ensure that all features work with them. There are several variations of GCam. Some are meant for multiple Android devices, while others are made specifically for a single smartphone. Multiple developers are working on GCam and we have today an active community of users using the Mod. 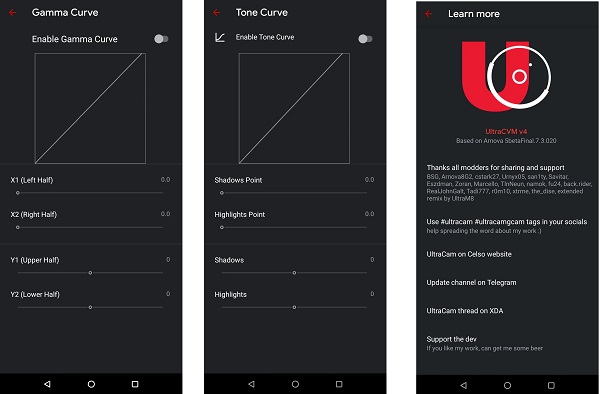 The new mod is a complete rework on the GCAM 7.3 base. It was made by the developer UltraM8, and all credits go for him and the community behind the GCAM project. It brings a new design and advanced features. If youâ€™ve some knowledge in image controls, you may be able to capture stunning photos with your smartphone. However, you can simply install the app and most features will be available at startup. As aforementioned, the UI is the fruit of a great amount of work and the final result is simply awesome. 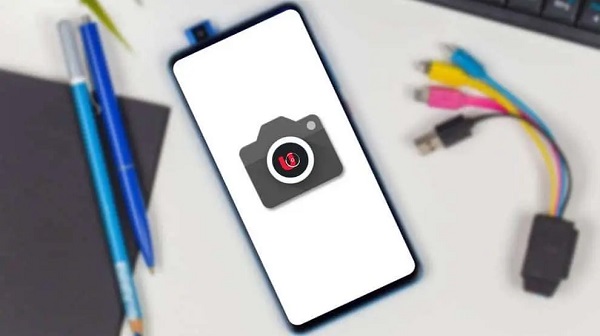 Among the best features offered by this mod, we can list some that surely make it stand against other GCam mods.

This mod brings a major design overhaul in comparison to standard GCam offering a plethora of features and intuitive settings.

Users can opt for the lossless RAW mode to preserve all the details of shots.

This one made a buzz with the introduction of the Pixel 4 series last year. This mode allows the camera to take a shot of celestial objects, like stars, under darker circumstances.

How To Download And Install GCam UltraCVM On Your Android Device

The new mod is easy to install just like other GCAM mods, it also supports XML configurations if youâ€™re familiar with the matter or have a specific set of configs for your smartphone. UltraCVM mod is based on Arnovaâ€™s GCam 7.3.021 build. It means that all Arnova goodies are present here. Before trying to install the mod, youâ€™ll need to make sure that you have support for camera2 API in your smartphone. There are many solutions in Google Play Store to test your camera2 API capabilities. Among them, we can mention the â€œCamera2 API Probeâ€ app.

The list isnâ€™t limited to these devices, as said before, you can try it on your Android 9+ smartphone to know if everything is working. Some features may be available for all devices, while others donâ€™t. If you want to have a deep look at UltraM8â€™s work, you can check the source link for his particular page at CelsoAzevedosâ€™s GCAM repository orÂ threadÂ on XDA-Developers.

The procedure is quite simple and you just need to follow the instructions below:

Now youâ€™re ready for enjoying all the exciting features of UltraVCM 5.0 GCam mode. It includes the Astrophotography feature and the 24FPS recording mode. The latter is a must for all cinematography lovers! You can also customize the gamma and tone curves.

Disclaimer:Â The APK is from the repository of popular Gcam modder UltraM8. So far every GCAM port is unofficial and carries beta status.

Is Huawei Working On A Smartphone With Secondary Display On The Back?

How To Download and Install Google Camera 8.0 On Your…