A new research has resulted in an interesting discovery. The light bulbs in your house or office could be working against you as one can now listen to your discussion with anyone from a distance. The study was carried out by researches at the Ben-Gurion University of the Negev and the Weizmann Institute of Science in Israel.

In the study, it was discovered that a conventional light bulb can be used to eavesdrop on conversations. If a conversation is in close proximity to a light bulb, then a third party can listen in on it from distances as far as 25 meters away. This method has been labeled as Lamphone and requires a remote electro-optical sensor to achieve the near science fictional results. 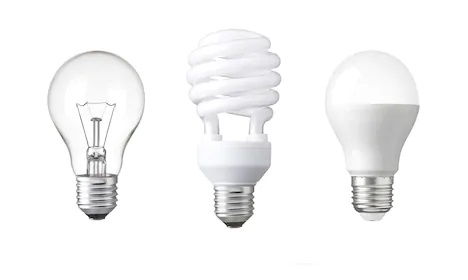 Explaining how the method works, the remote electro-optical sensor analyzes the changes in the light bulbâ€™s frequency response to sound waves. While recently, methods of eavesdropping on conversations had required just a compromised smart device or other smart home appliances, this process can work from just a regular light bulb.

According to the study, â€œLamphone recovers sound optically via an electro-optical sensor which is directed at a hanging bulb.â€ In other words, the sensor has to be directly pointed at the light source through a telescope and a voice-to-text application like Google Speech. Notably, the range of this method can also be increased by using a larger and more powerful microscope.

The electro-optical sensor analyzes the subtle vibrations on the surface of the light bulb. This data is then run through specially developed algorithms from the researchers to isolate an audio signal from an optical signal. The output is then transcribed through a voice-to-text application, which in turn gives out the end result that is the conversation.

Interestingly, this process even works on identifying singing as well, with apps like Shazam and SoundHound being able to recognize the songs from 25 meters away.

But There’s A Catch

Now, before you become restless and go switching off your light bulbs, there are a lot of shortcomings to this process. The bulb needs to be hanging from the ceiling and needs to be in a clear vision of the sensor. Moreover, the conversation or music being played would have to be loud enough to cause the vibration on the surface of the bulb. So while it does seem scary enough, it is quite difficult to pull off in a real world scenario.

Advantages Of Stock Android And List Of Smartphone Brands Involved