A new report has emerged from the International Data Corporation (IDC), suggesting that the global smartphone market will decline 11.9% YoY in 2020, with shipments totaling 1.2 billion units. The reason for the decline will apparently be largely related to the recession caused by the coronavirus pandemic.

Global Smartphone Market Will Decline By 12% in 2020

According to the report, the market will decline 18.2% in the first half of the year as the macroeconomic impact of the pandemic continues to affect consumer spending. The senior IDC research analyst, Sangeetika Srivastava said;

â€œWhat started as a supply-side crisis has evolved into a global demand-side problem. Nationwide lockdowns and rising unemployment have reduced consumer confidence and reprioritized spending towards essential goods, directly impacting the uptake of smartphones in the short term.â€

She, however, showed confidence that 5G will be a catalyst for growth despite the conspiracy theory surrounding the new technology.

â€œ5G is expected to be a catalyst throughout the forecast period, which will play a vital role in worldwide smartphone market recovery in 2021.â€ 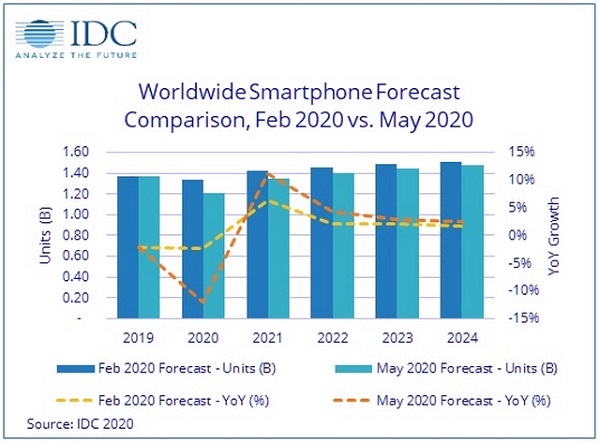 The report further suggests that the market is expected to recover and grow at around 10% next year. The rate of growth, however, will settle at around 5% in the following years.

This report comes just days after Gartner said that global smartphone sales declined 20.2 percentÂ in the Q1, 2020. According to the report, four out of the top-five smartphone vendors recorded a decline in sales during the period. While Samsung, Huawei, Apple and Oppo all saw reduced sales, Xiaomi was the only company to have bucked the trend.

Advertisement
ALSO READ:  BoringPhone Specifications and Price: The Perfect Phones For Your Holidays 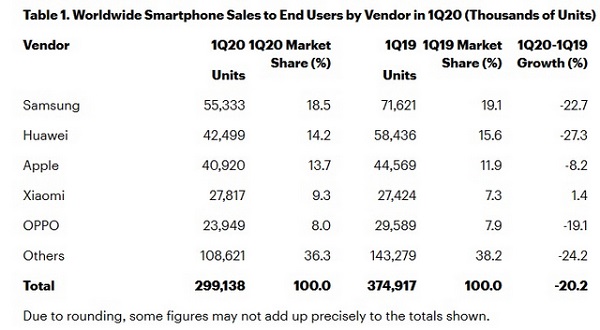 Meanwhile, worldwideÂ PC sales are also expected to decline 7% this year according to a recent report from Canalys.

About 9 Million Nigerians Now Have DND Activated On Their Line