Samsung is expected to unveil the Galaxy Note20 and Galaxy Fold 2 in the third quarter of 2020. Several reports having been claiming that this yearâ€™s Galaxy Note launch event will take palace on August 5 and will be online due to the current situation.

The Galaxy Note20 and Galaxy Fold 2 are under the leak radar for a few weeks now. We seen multiple specs leak and even 3D CAD renders of the former device from popular leakster @OnLeaks. 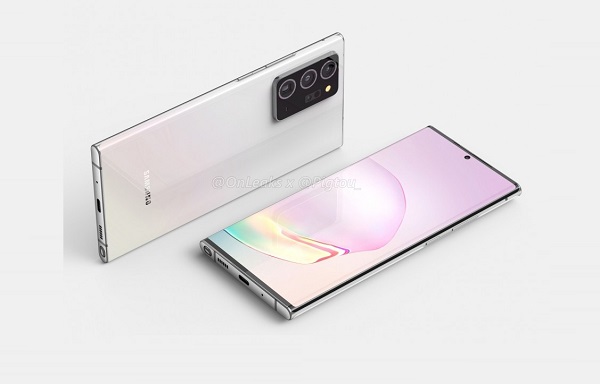 However, the design of the next-generationÂ SamsungÂ Galaxy Fold is still under the veil, which is actually good news. These days we know about new smartphones weeks or sometimes even months before their release. The promotional leaks by the companies have drained the excitement out on the launch day.

Anyway, according to leaks and rumors, theÂ Galaxy Note20 will sports a 6.9-inch WQHD+ AMOLED display with 120Hz refresh rate. The device will be also accompanied by an Ultra model replacing last yearâ€™s Plus variant. It is said to come with a triple camera setup consisting of 108MP primary shooter, 12MP ultra-wide angle snapper, and a 13MP telephoto unit with support for 50x digital zoom.