Facebook has been rolling out Dark mode features to its related a while now, with Messenger receiving it since March 2019, InstagramÂ joining the train, and WhatsApp finally received its own in March 2020. Yet, talking about Facebook apps themselves, the lite version is the only app that can boast of the feature. Well, according to recent reports, that’s finally about to change, at least on Android.

From the screenshots above, it could be deduced that the feature is now in its final stage.

In addition to the dark mode, Facebook adds coronavirus tracking to its application. This tracking feature informs you by tracking the number of coronavirus cases in your area. It shows data for up to three weeks. 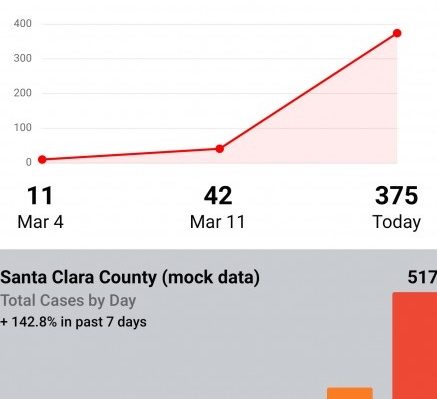 Furthermore, at the top of the page, you can see the number of confirmed cases worldwide.

Aside from the these two aforementioned features, another new feature of Facebook is the Silent Mode. Users can mute instant notifications with this silent mode, which is currently available in the iOS Facebook application. You will also have the option to choose a routine for Silent Mode.

Facebook released the silent mode feature in April for iOS but pointed to June for Android. It looks like the social media giant will keep its word. However, we have to wait for Facebook to announce its plans to launch the dark mode and the two other features more broadly.

It is worth mentioning that recently, Facebook announced the possibility of exporting photos and videos from the social media platform to Google Photos. The tool was initially introduced to some select countries in the past and is now available to everyone. It is worth using it, especially if until now Facebook was the only place to store photos and videos.

Google Stops The Sales And Manufacturing Of Pixel 4 and Pixel...