AcerÂ has unveiled its latest Chromebook, called the Chromebook Spin 713. It is a part of the Intel Project Athena program. The new premium device comes with a better look, feel, and design, compared to the previous generation Spin 13 Chromebook.

Chromebook Spin 713 features a sturdy aluminum chassis which according to the company, can survive drops from up to 48 inches and withstand up to 132 pounds of force. The hinge supports 360-degree rotation and the device weighs 3.02 pounds.

The device is by the latest 10th generation Intel processors, paired with up to 16GB (DDR4) RAM and 256GB SSD. As for the display, it sports a 13.5-inch screen with a 3:2 aspect ratio and 2256 x 1504 pixels resolution. The screen comes with a coating of Gorilla GlassÂ on top. 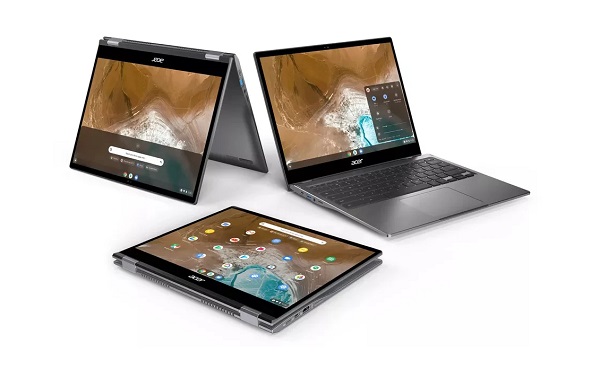 The keyboard on the device reportedly has good travel and decent spacing. It also comes with a pair of USB Type-C ports, an HDMI port, a USB port, and aÂ microSD-card reader. The device supports dual-bandÂ Wi-Fi 6Â and Bluetooth 5 as connectivity options.

As for battery life, the company says that it will last for up to 10 hours on a single charge. Acer has also announced the business-oriented Enterprise Spin 713, which comes withÂ Googleâ€™s Chrome Enterprise security solution.

The company has also announced Acer Spin 311 Chromebook which comes with an 11.6-inch display and is designed for casual users and students. Under the hood, it is powered byÂ MediaTekâ€˜s MT8183 octa-core processor.

ALSO READ:  How To Take Screenshots On Chromebooks 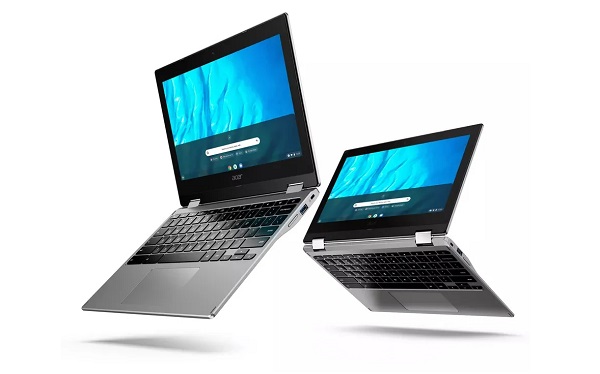 The screen of the device as well as the trackpad is protected by a layer of Gorilla Glass. It is promised to offer around 14 hours of battery life on a single charge. So far,Â AcerÂ has not released the full specs sheet of the Spin 311 but it should be released soon.

The budget Chromebook Spin 311 starts at $259 and will be up for sale from July.