WhatsApp for Android Gets Messenger Rooms Integration With Beta Update

By Andre Falana On May 16, 2020
Share
Join Us On Telegram
Related Posts

The Messenger Rooms feature was announced by Facebook back in April, went live a couple of days ago, and now WhatsApp, the popular Facebook-owned service is getting it integrated into its platform.

According to a report byÂ WABetaInfo, Facebook has integrated Messenger Rooms into WhatsApp for Android with the 2.20.163 beta update. The update brings a new “Room” option to the share menu inside the chat, which directs you to Messenger to create a room to have a group video call with up to 50 people. 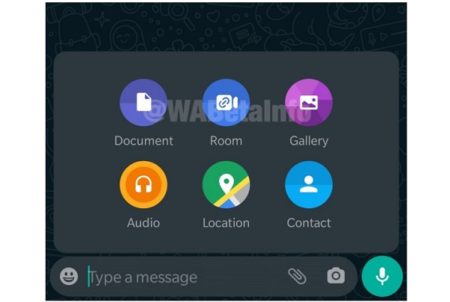 The shortcut to creating a Messenger Room is also available in other parts of WhatsApp, like the Calls tab.

This feature is currently only available to a limited number of beta users in a few countries, including the US, but it should expand to more countries soon.

How To Get The Messenger Rooms Feature On WhatsApp

If you are interested in giving this feature a try,Â you can enroll in the beta program by heading this way, or simply download and install an apk of beta version 2.20.163 of WhatsApp for Android from a reliable source.