From our write up on “Everything You Need To Know About The USB 4″, youâ€™re probably see that USB 4 offers a maximum speed of 40 Gbps and DisplayPort 2.0 goes up to 80 Gbps. However, since USB 4 follows a bidirectional connection and the video doesnâ€™t have to be sent in both ways for a monitor, DisplayPort Alt Mode 2.0 makes use of this nature to offer the same speeds. 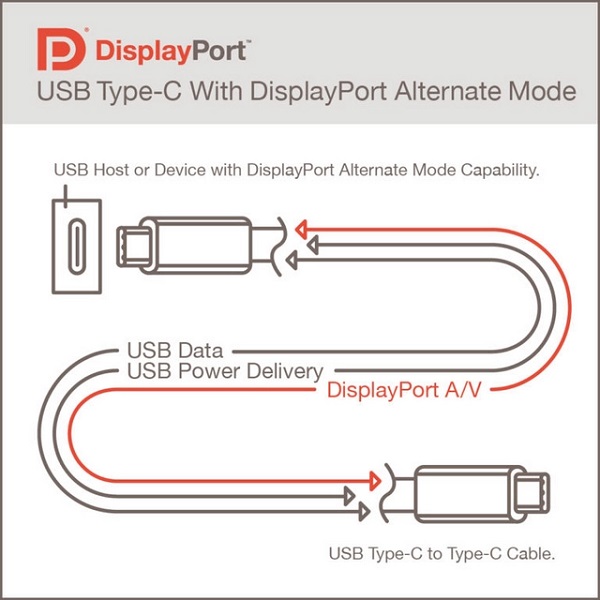 VESA in a press release said that;

â€œWith DisplayPort Alt Mode, the USB-C connector can transmit up to 80 Gigabits per second (Gbps) of DisplayPort video data utilizing all four high-speed lanes in the cable, or up to 40 Gbps with simultaneous SuperSpeed USB data delivery.â€

And according to AnandTech, DisplayPort Alt Mode 2.0 doesnâ€™t really demand USB 4 controllers on both ends of the connection like DisplayPort 2.0, which brings in better compatibility and some cost-cutting measures.

VESA says the first products supporting DisplayPort Alt Mode 2.0 are expected to be available in the markets as from 2021.

Google Search App Gets Dark Mode, Rolling Out To Everybody