Twitter has started testing a new feature that enables users to choose who can participate in their conversations on the platform. If you open the Twitter app on your mobile, you will now be able to choose whether others can reply to your tweets or not. 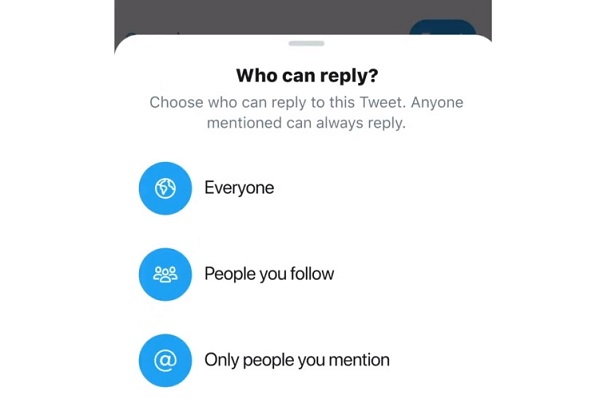 The microblogging platform first revealed that itâ€™s working on such a feature at CES 2020 earlier this year. Twitter aims to change the conversation dynamics with this feature, giving the users a chance to communicate in a way they prefer. This feature is similar to Facebookâ€™s post privacy settings, which lets you share a post with everyone, friends, group, or no one.

A new way to have a convo with exactly who you want. Weâ€™re starting with a small % globally, so keep your ðŸ‘€ out to see it in action. pic.twitter.com/pV53mvjAVT

As seen in the screenshot below, you will now find a new â€˜globeâ€™ icon at the bottom of the compose window. Tapping the icon will open a pop-up window letting you choose â€˜Who can reply?â€™ to your tweets. You will have three options to choose from â€“ everyone, people you follow, and only people you mention.

The â€˜Everyoneâ€™ option is obvious and makes Twitter work like always have. The other two options willÂ limit the number of users who can interact with your tweet. The â€˜Only people you mentionâ€™ option could be a great way to go back and forth on a topic. Twitter CEO Jack Dorsey could be looking toÂ conduct an interviewÂ on Twitter using the latter. 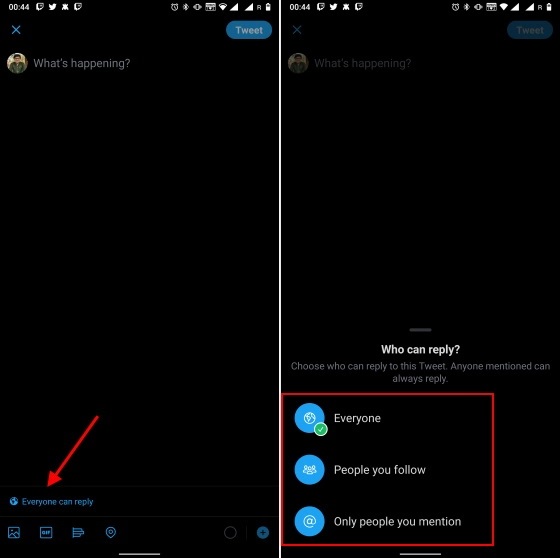 Everyone on the platform can view, like, and retweet your tweets, be in under any of the three conversation types. Users wonâ€™t be able to reply if you donâ€™t follow them or if they arenâ€™t mentioned in a tweet. This condition applies in the latter two options. The reply icon will appear grayed out for all other users, as seen below: 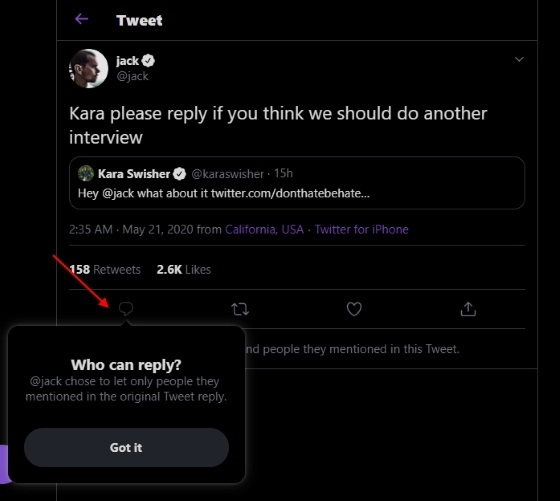 The reply controls are a test feature, thus, they are currently available only to a limited set of users. Twitter designed this feature toÂ â€œgive people more opportunities to weigh in while still giving people control over the conversations they start.â€ We have only spotted the reply controls on the mobile app for now. It is missing in action on the web and desktop apps.