Earlier this year the FCC allowed the 6GHz band to be used for Wi-Fi, this was dubbed â€œWi-Fi 6Eâ€. Now Qualcomm has unveiled its first two 6E modems aimed at mobile applications â€“ the FastConnect 6900 and 6700. Based on Wi-Fi 6 and Bluetooth audio technology, both mobile connection systems can reach speeds up to 3.6Gbps. This technology also supports VR-level low latency and cutting-edge Bluetooth technology. 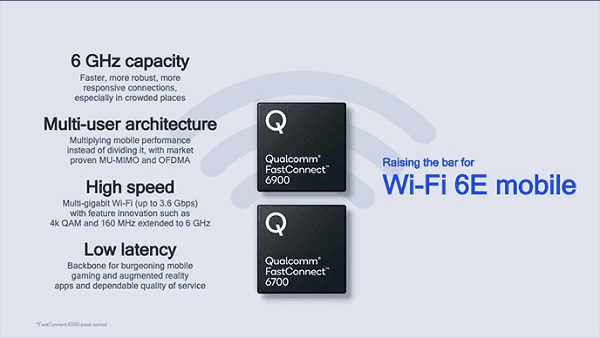 Dino Bekis, vice president of Qualcomm Technology and general manager of mobile and computing connectivity business, said that the latest FastConnect 6900 and FastConnect 6700 solutions extend the functionality of Wi-Fi 6 to the 6GHz band and also bring integrated Bluetooth 5.2 features. 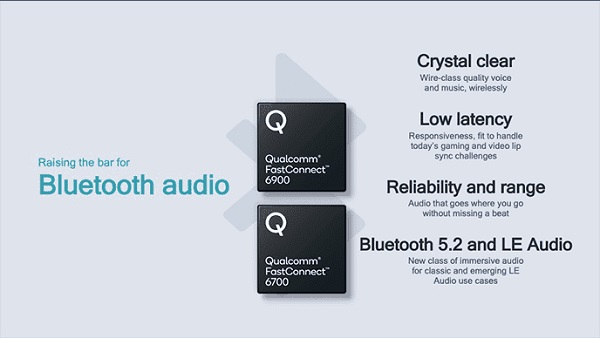 The differentiated features of the above FastConnect system include:

Through the 4-channel dual-band concurrency feature in the 6GHz band, FastConnect 6900 can provide additional performance improvements. 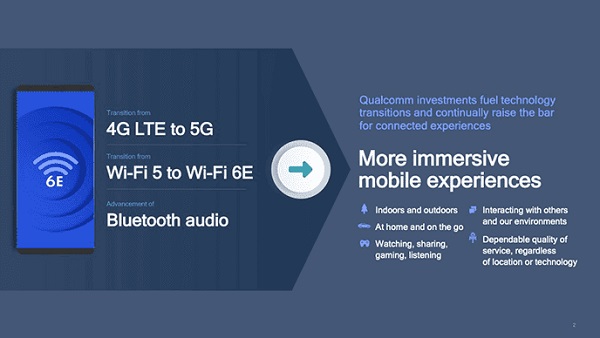 FastConnect 6900 and 6700 integrate Bluetooth 5.2 audio technology. This can greatly improve the wireless connection experience. The key features include:

Currently, Fast Connect 6900 and 6700 solutions are being sampled and will probably ship in the second half of 2020.

What We Know About The Apple AirPods 2: Features and Price