The rate at which Nokia‘s products seems to reduce compared to the early days of HMD Globalâ€™s revival of the Finnish brand. Well, that has not prevented the company from nursing and trying out the idea of a foldable device. In the beginning of this year, rumor had it that the Nokia was developing a foldable smartphone which would be launched later this year. 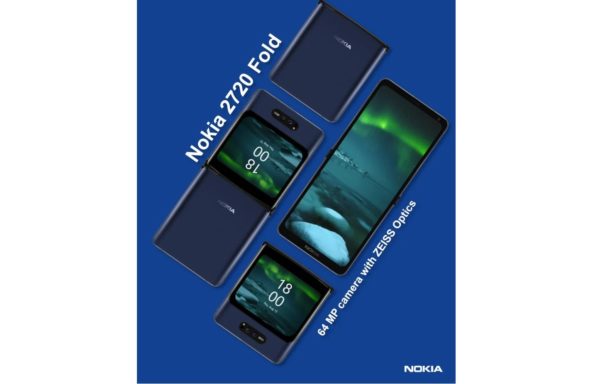 Now, a dependable source has hinted that the Nokia’s foldable phone project is still alive. The source, Nokia Anew, is a reputable source for accurate news pertaining Nokia phones. In a short tweet, it only re-established the existence of the project but did not reveal further details in relation to release.

It is not yet certain if the tweet is making reference to a smartphone or the clamshell-like Nokia 2720 Fold which comes with a similar design like the Moto Razr 2019. The Razr and Galaxy Z Flip can not really be referred to as a true foldable phones but flip phone with a flexible screen as they canâ€™t be used in the folded state unlike the Galaxy Fold and Mate X.

Nonetheless, as per the design of Nokiaâ€™s own foldable phone, weâ€™ll have to be patient till 2021 at earliest to see it arrived. The company may launch the device at MWC 2021, that is if the COVID 19 pandemic has subside to an extent that would permit such social gathering. Nokia may even choose not to continue with the project and focus more on 5G which seems to be the future of the smartphone industry.