AÂ Xiaomi patent has surfaced, showcasing a unique smartphone design. The patent images looks like a foldable smartphone with a quad camera system that rotates forward for selfies and to the back for regular photography. 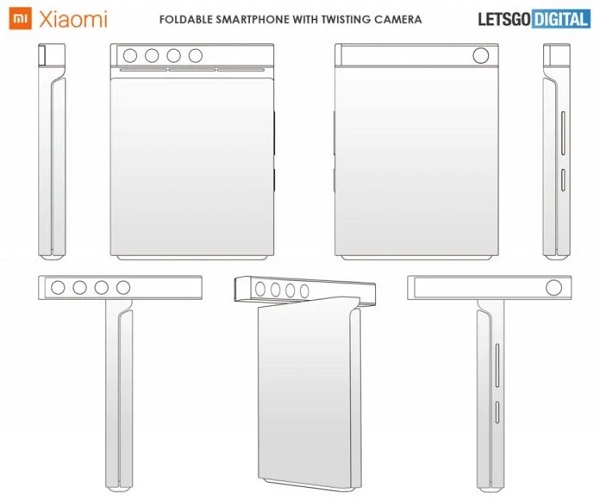 Xiaomi had patented the design for an inward bending phone in its home country of China. In the patent, the Chinese tech giant also put 48 images the showcase the handset. Similar to the Motorola Razr 2019, the device folds inwards like the flip phones, which were popular a decade ago. However, the inside mostly comprises of a display with narrow bezels on every side except the top.

On top of the display, one can observe a noticeably large camera module. A quad camera setup is housed horizontally in this region, right above the receiver for calls. This quad camera module is also capable of rotating or twisting to face the other side. Notably, the image sensors are slightly raised over the body and the device folds from the middle of the display and not the overall length, allowing the camera system to go over the folded display rather than making space for it. 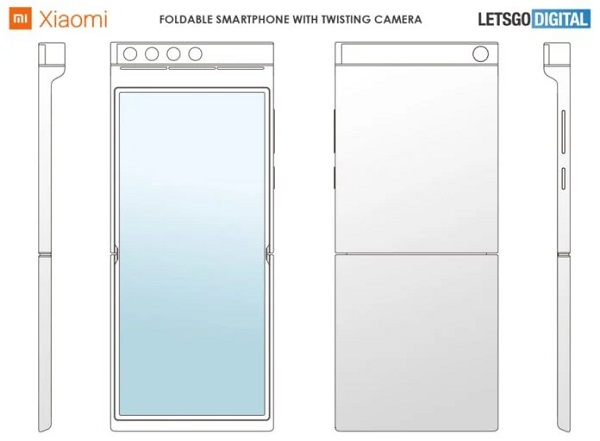 Hence, the camera system might still be usable despite the device being folded. Unfortunately, the patent description doesnâ€™t reveal whether a secondary screen will also be implemented on the rear or any finer details. The hinge mechanism isnâ€™t revealed particularly either but resembles the hideaway hinge found in theÂ Galaxy Z Flip. At the moment, there is no confirmation is Xiaomi is actually working on the product or just covering all bases.

Advertisement
ALSO READ:  Would You Buy This Xiaomi Foldable Tablet?

UPDATE (Photos):Clash between Hausas and Yorubas in ile-Ife, Osun state