No doubt that Gionee has made a comeback to the tech business. The company has chosen to play safe by focusing on the Chinese and other markets. Recently, we reported the unveiling of the Gionee K6 in China. The phone is powered by an Helio P60 chipset with up to 8GB RAM and 256GB storage but with an amazing starting price tag of just $112. Now, the Chinese brand has now launched a new power bank in India, dubbed Gionee GBuddy True Wireless Power Bank.Â

The power bank is stuffed with a 10000mAh battery under the hood. The product is also the firmâ€™s first wireless charging power bank to be sold in India, joining the existing Gbuddy lineup of standard power banks that were unveiled last year.

The GBuddy True Wireless Power Bank adopts a design which looks like a regular power bank but on one side of the flat surfaces is a 5V wireless charging pad along with a digital power meter that displays the charging level.

The Gbuddy wireless power bank adopts an all-metal body. It features a single USB-A port that can be used to charge other devices. The port has a 5V/2.4A rating. In addition, there is a micro USB input port rated 5V/2A and a USB Type-C input with the same 5V/2A rating. It can simultaneously charge devices through the wireless charging pad and the USB-A port. 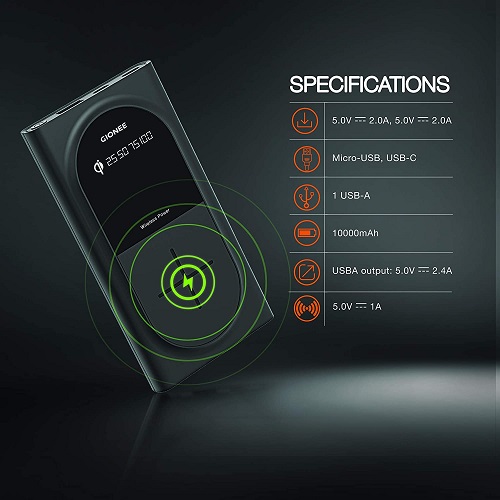 Gionee GBuddy True Wireless Power Bank with a 10,000mAh cell comes with a decent Rs. 1299 (~$17) price tag and is presently available onÂ Amazon.in. It is available in a single Black colour option.

How To Disable ‘Preloading Pages’ Option Of Microsoft Edge