Facebook and some telecom operators have joined forces to build an undersea cable to supply internet services to Africa.

The project will be just under $1 billion (Naira 360 billion) according to BloombergÂ and it will be a 37,000km long cable calledÂ 2Africa.Â This will connect Europe to the Middle East and 21 landings in 16 countries in Africa, which includes Nigeria.

This is a project that is a collaboration between Facebook, China Mobile, MTN GlobalConnect, Orange, stc, Telecom Egypt, Vodafone and WIOCC. It will be built by Alcatel Submarine Networks. 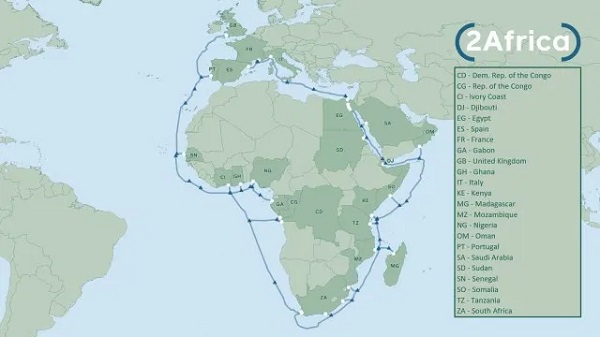 The cable is expected to be operational by 2023/4 and will deliver more than the combined capacity of all sub-sea cables service Africa. Its design capacity will be upto 180Tbps.

This also follows what Google did last year.Â The search giant announced Equiano in June 2019 which is their private subsea cable that will connect Portugal to South Africa. This was laid on the Atlantic Ocean only.