Facebook Messenger has introduced a new practical feature aimed at protecting its you from dangerous profiles. Alert messages will now warn them in case of exchanges with potentially malicious people. â€œToo often people chat with someone online they think they know, when they are scammersâ€ said Jay Sullivan, product safety manager at Facebook. â€œThese fake accounts are difficult to identify and the consequences can be expensiveâ€.

Two types of profiles are targeted by this new feature: scammers who identify their victims through the social network on the one hand, but also perverts who seek their prey on Facebook Messenger, and in particular the most vulnerable are children.

He also stated that this new feature â€œwill help millions of people avoid potentially harmful interactions and possible scams without compromising their privacyâ€. Android based devices started receiving this feature in March, with this update heading to iPhones anytime from next week. 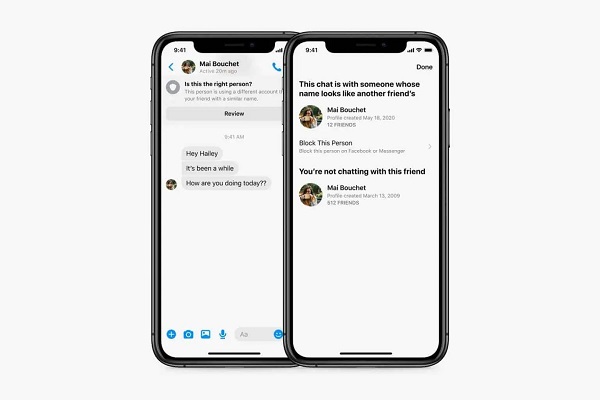 The Artificial Intelligence software scans for scammers based on account behaviour like sending messages in bulk targeting a certain demographic. Warning notices pop up before people respond to messages that may be of dubious origins, alerting them to the potential nature of the message before viewing its content.

Messenger already employs a number of software tools to fight off spam and prevent adults from contacting minors that they do not seem to know. These new security measures from Facebook are a welcome step to make the social media space safer for users around the world.

Recently, Facebook launched its own â€œvirtual roomsâ€ take take on services like Zoom, and is aimed at bringing users closer in spite of the coronavirus pandemic.

YouTube Will Soon Increase the Limit For Quality Of Offline Video