Early this month, the stable build of the Android 11 as Developer Preview 4 went live with several new changes and improvements. The search giant has today updated the Android 11 Features overview page with a lot of new information based on the changes. Google talked on the Android 11 based new iconography related to the 5G network.

In addition to the already present telecommunication technologies, the Android 11 will have three different labels for 5G networks. It will further fuel the confusion rather than clearing the buzz. However, the new information would be helpful only if you know the exact meaning of these labels. 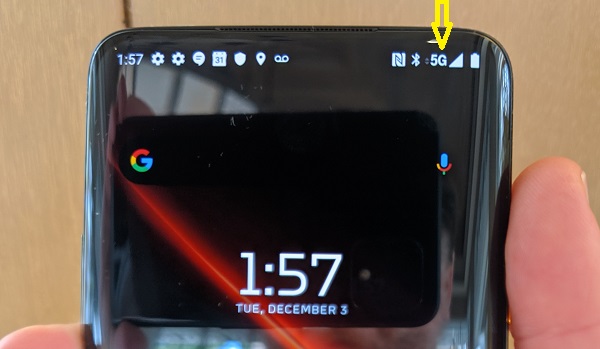 The signal iconography got three new labels of 5G, 5G+, and 5Ge in addition to the already present LTE and LTE+ which derives plain 4G and 4G with carrier aggregation respectively. However, the â€œ5Geâ€ label is for LTE Advanced Pro which is not regarded as the pure 5G network. It is just an upgrade of 4G LTE advanced pro-technology with speeds of up to 3Gbps using carrier aggregation technology. AT&T and some other carriers throughout the world using advanced LTE networks will be labeled as â€œ5Geâ€ on Android 11.

The pure next-generation networks will use â€œ5Gâ€ and â€œ5G+â€ labels on Android 11. Precisely, the â€œ5Gâ€ label is dedicated for sub 6GHz network, while the millimeter-wave will show as â€œ5G+â€ with greater speeds in comparison with the 6GHz network. However, the millimeter-wave network is blocked easily by trees, rain, and even with any small object in between. Hereâ€™s the list of new labels with small detailing:

ALSO READ:  ANDROID WARNING! These Apps Have Been Stealing Your Photo, Uninstall Now

This will help curb confusion and brings transparency to users about the network they are using.

itel A46 Specifications and Price