Xiaomi showed off a foldable smartphone just after the announcement of the Samsung Galaxy Fold but ever since then, we have heard no words about a foldable phone. Several patent filings have suggested that the company has different foldable designs in the works. A couple of such filings even revealed the existence of a Motorola Razr-like foldable design. The last Motorola’s foldable offering was the most different from a clamshell-like form factor. Samsung follow it up with a new smartphone dubbed Galaxy Z Flip with the same approach.

Smartphone concept designer Waqar Khan has now teamed up with tech blog WindowsUnited to create a render to showcase how Xiaomi’s clamshell foldable smartphone may look like. 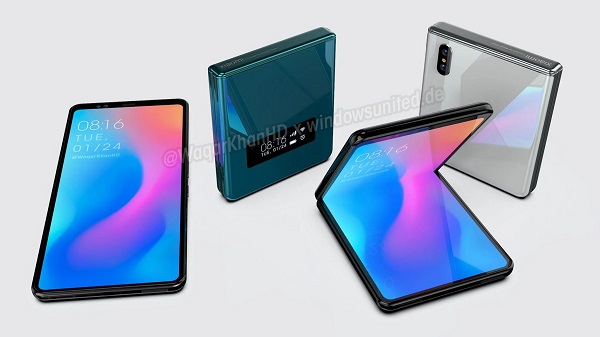 As seen in the images, the render seems to be based on the patented design Xiaomi secured in November 2019. The phone adopts a small display on the outside which will likely display time and a perhaps notifications. 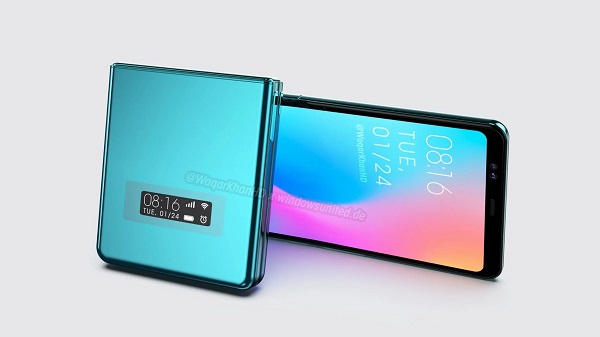 The inner display works like a regular smartphone when opened but the difference is that you can fold it to assume a smaller form factor when not in us. This makes it easy to carry and protects the flexible OLED screen.

There is a high degree of certainty that Xiaomi will indeed launch device utilizing this clamshell design. ZDNet Korea had earlier reported, citing electronics component industry insiders, that Xiaomi has placed orders for a clamshell-type flexible OLED display from Samsung. The report also disclosed that a similar order has been placed with LG Display. Xiaomi is said to have gone for the display manufactured by Samsung due to the fact that the foldable panels currently produced by BOE and CSOT are of a lower quality than those produced by Samsung Display.

Xiaomi is expected to commence mass production of its clamshell foldable phone in the second half of 2020. Specs details are still sketchy as of this moment.

Nokia 8 flagship to be launched on July 31 and Price...