Last month, Redmi Note 9 Pro was launched in India and a couple of weeks later, Xiaomi launched same device as Redmi Note 9SÂ for other markets. Now, the Chinese company has announced a Mi Fan Festival (MFF) 2020 Limited Edition of the same device via its official Twitter handle.

XiaomiÂ will be hosting its annual Mi Fan Festival Sale from April 6. During this period, the company will be also selling 2,020 units of Redmi Note 9S MFF 2020 Limited Edition. 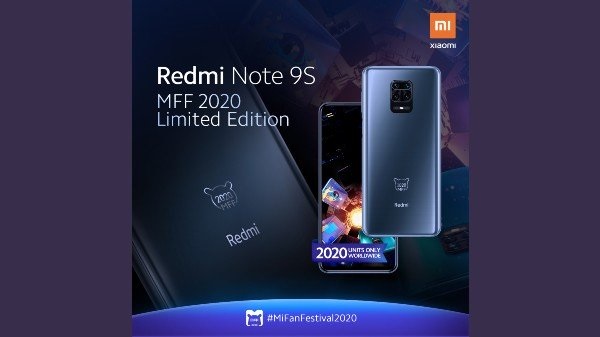 This special edition of the phone will spot the logo of Mi Fan Festival 2020 above the RedmiÂ branding on the rear glass panel. Aside that, every other thing about the phone is expected to be the same but maybe with a special theme outside the box.

Though, we are not sure what will be storage configuration on this limited edition handset by Xiaomi. But we are certain it will retain all other specs of the standard Redmi Note 9S such as;

Well, for now, Xiaomi has not reveal the price of the Redmi Note 9S MFF 2020 Limited Edition.