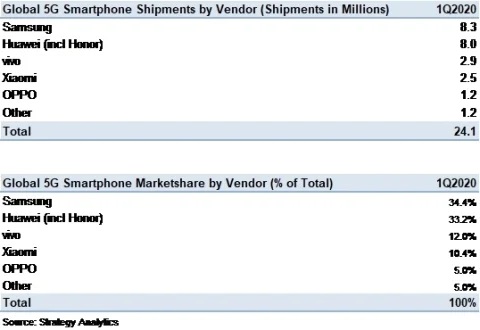 The report states that in the first quarter of 2020, Samsung and Huawei accounted for 68% of the global 5G smartphone market share. China’s 5G smartphone demand is higher than expected.

As the 5G technology solution gets more advanced, we are seeing more affordable 5G smartphones. Presently, there are 5G phones selling for less than $300 and this price will reduce. The likes of Huawei, MediaTek, and Qualcomm are already working on entry-level 5G chips. This will significantly reduce the price of 5G devices.