Samsung Galaxy A10s Gets Android 10 Based One UI 2.0 Update

Just few days after the Note 10 and S10 received a number of updatesÂ improving their camera features to that of the Galaxy S20, another device from Samsung has received Android 10 updates. The entry-level Galaxy A10s which was released in August of 2019 has started receiving the new UI 2.0 update in Malaysia, with the update expected in other regions soon.

The update is expected to bring the March security patch and will bear theÂ A107FXXU5BTCBÂ build number. The Galaxy A10s One UI 2.0 update is listed with a size of 2.66GB and has a build date showing 26th of March.

This update comes with features like Googleâ€™s navigation gestures, improved Digital Wellbeing and improved privacy controls among others. 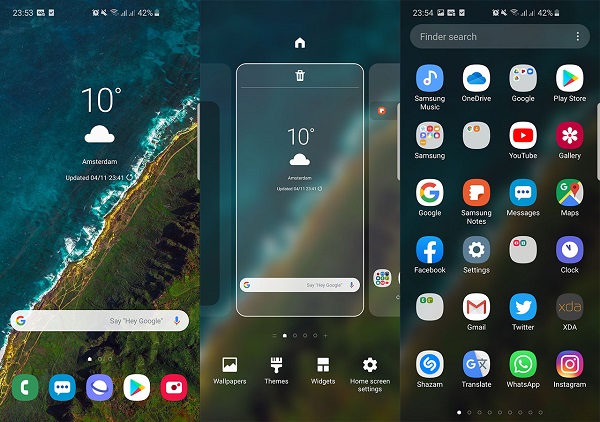 The Samsung A10s is a budget smartphone with a rather decent set of specs having a 2GB/3GB RAM with 32GB of onboard storage. The device sports a 6.2-inch HD+ display, features a front camera with an 8-megapixel lens and a dual-rear camera setup with a 13-megapixel primary lens and a 2-megapixel secondary lens.

You can easily download it by openingÂ Phone Settings, clicking onÂ Software UpdateÂ and tappingÂ Download and Install.Â You can also download the full firmware from theÂ Samsung archiveÂ and complete the installation on your Samsung with a Windows PC.

With this device getting the Android 10 updates, it is only expected that a number of older Samsung models will receive software updates in the coming days.

WhatsApp Will Soon Support Multiple Devices With The Same Account