Last week, Huawei unveiled the Kirin 820 5G, which is currently the latest 5G mid-range processor in town and the debuts with the coming of the new Honor 30S. The chipset is one of the most powerful processor by the company. Now, going into the battle of Chips, let us see how the new processor measures up to another mid-range 5G chipset – the Snapdragon 765G. 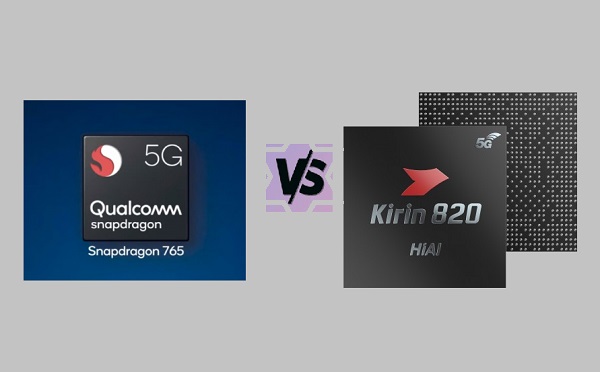 Now, merely looking at the cores, you will see the Kirin 820 5G is the more powerful processor as it comes with four Cortex-A76 cores while the Snapdragon 765G has just two. However, for more practical evidence, below are benchmark results from Geekbench. 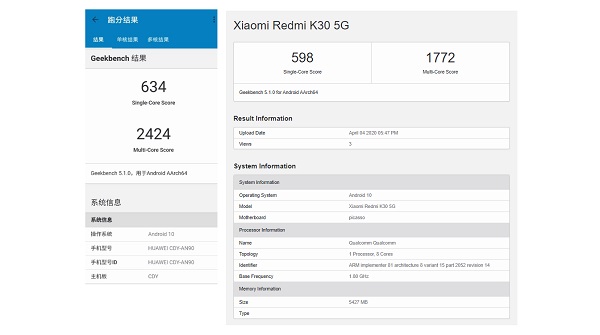 As seen above, the Kirin 820 5G has significantly higher scores compared to the Snapdragon 765G (Redmi K30 5G). 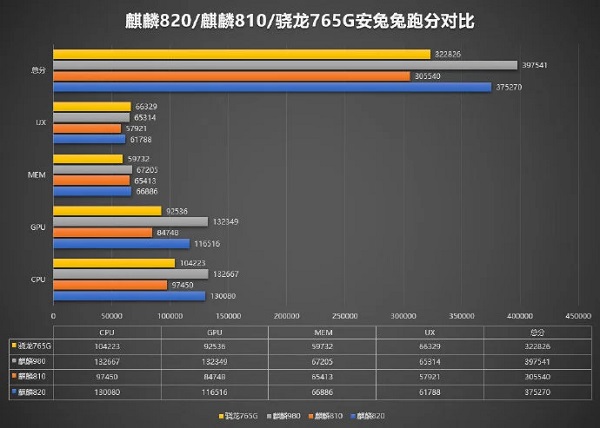 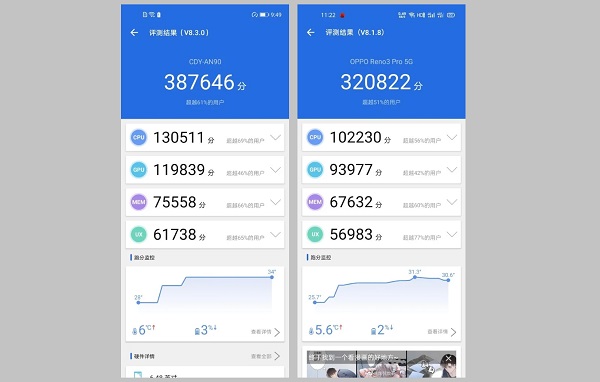 Now, from the above benchmark result, we could see that the Honor 30S with Kirin 820 5G did not just outscores the OPPO Reno3 Pro 5G (Snapdragon 765G) in CPU and GPU performance but also beat it in the other areas too. Yes, we know the AnTuTu version numbers are not the same but even if they were, the Kirin 820 5G will still come out on top.

The Kirin 820 5G is certainly one of the most powerful processors Huawei has ever manufactured and Qualcomm has no mid-range chipset that compete with it for now. However, knowing fully well that Qualcomm frequently releases new SoCs, we will not be surprised to see a new mid-range chipset before the end of this year that surpasses the Kirin 820 5G. It is even possible to have one already on the horizon.

BLU Bold N1 vs UMIDIGI F2: Which Would You Spend Your...