Netmarketshare has released market share data for desktop operating systems and browsers in March 2020. From the report, you will clearly see that Microsoft Edge has become the second-largest browser in the world. This simply means that, â€˜the browser for downloading other browsersâ€™ has been recovered. We are actually referring to Internet Explorer. However, we should also admit that many think of Edge as the successor of Internet Explorer. Thus, it â€˜inheritsâ€™ all the shortcomings of the latter. 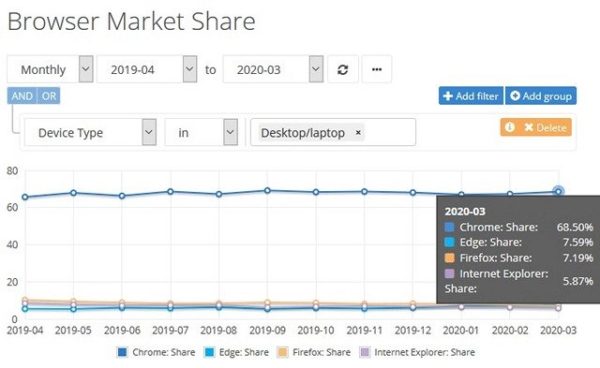 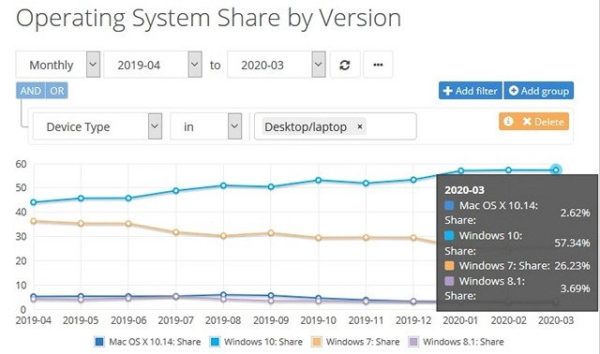 However, we should point out a few factors that helped Microsoft Edge in becoming more popular. A few years ago, it became available forÂ iOS and AndroidÂ devices. This attracted more users. And Microsoft has regularly optimized its browser-based onÂ moreÂ usersâ€™ preferences. Even Google admitted it will learn from Edge forÂ better tabs management.