For the past few days, LG has been throwing a lot of hype around its upcoming LG Velvet which is replacing its G-series. Early rumors claimed that the South Korean manufacturer will be presenting the smartphone on May 15. However, the company has released a new 15-second video on YouTube to confirm that the LG Velvet will arrive on May 7.

Again, the design of the LG Velvet is the main focus in the teaser video. It reveals the raindrop camera setup of the smartphone along with its color variants. The May 7 launch date appears at the end of the video. It will be unveiled through online event that will be livestreamed through LG’s official YouTube and Facebook accounts. The event will start at 10 AM KST on the said date.

The frontside of the LG Velvet has a waterdrop notch screen which is speculated to be housing a 6.7-inch or 6.9-inch OLED screen with in-display fingerprint reader. The only thing that the LG officially revealed on its specifications is that it would be powered by a Snapdragon 765G chipset. This simply means, it will be a 5G-ready smartphone.

The phone has a dedicated hardware key for accessing voice assistant and it also features a 3.5mm audio jack. The device may house a 4,000mAh battery and its rear camera setup could be led by a 48-megapixel lens. It will be available in colors like orange-red, gradient, green, black and white. 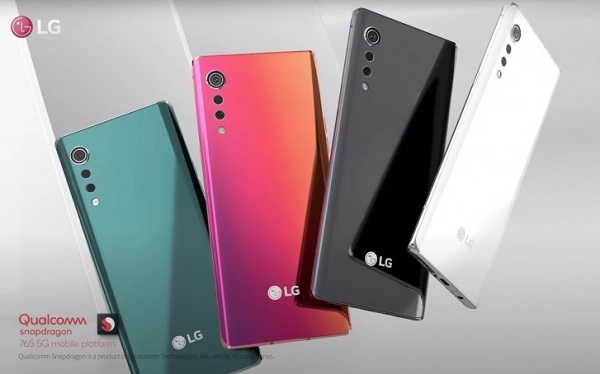 According to the company, the LG Velvet is a mass-market premium smartphone. It is rumored to be priced around 800,000 KRW (~$650). The sales of the smartphone are expected to begin by mid-May.