Huawei already boasts of two foldable phones under its belt – the Mate X and the Mate Xs. However, the Chinese company wants to expand its coasts in the flexible panel world, and has just filed patents for two new design for sliding displays.

There are two versions, both of them using part of the display from the backside to extend the front, although they have some key structural differences.

Model A has some sort of scroller on the frame that allows the panel to extend without changing the thickness – the panel simply rolls on the front. 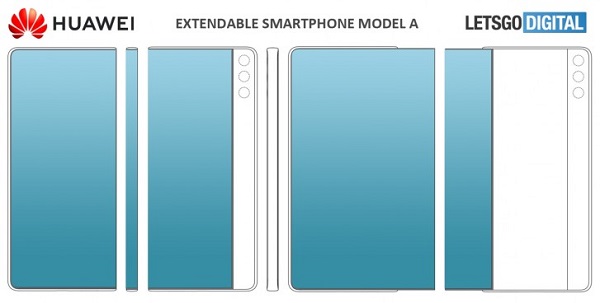 Model B sees the entire rear part slide along with the display.

We must point out that this is not the first of such extendable design that has been patented. Samsung, LG, Xiaomi and even TCL have at different times filed patents for retractable phone design. TCL even showcased a prototype of the first extendable smartphone in the world. Just like foldable design, smartphones with sliding flexible displays may meet with us in the next few years.

Of course there’s a long way to go before a patent turns into a market-ready product and most of them never reach that stage. However, if either of those two make it, it will solve the issue with the crease that current foldable phones have.

Want To Be A Blogger In Tanzania?! Pay An Annual Fee...