Honor has announced three smartphones names Honor 9S, Honor 9C and Honor 9C in Russia. The trio are budget-friendly phones from the company that are packed with modest specs. These devices runs the current Android 10 OS and Magic UI but lack support for Google Mobile Services.

The Honor 9S is the cheapest among the three devices launched. The handset features a display of 5.45 inches with HD+ resolution of 1440 x 720 pixels and 18:9 aspect ratio. It has a frontal snapper of 8-megapixel. The rear side of the phone has a square-shaped camera setup that includes an 8-megapixel lens and an LED flash.

Honor 9A Specifications and Price

The Honor 9A is built around a 6.3-inch waterdrop notch display that supports 720 x 1600 pixels resolutions. It is powered by the Helio P22 SoC, paired with a 3 GB RAM. It has 64 GB of built-in storage. The Honor 9A has a front camera of 8-megapixel. Its back panel has a 13-megapixel + 5-megapixel dual camera setup. 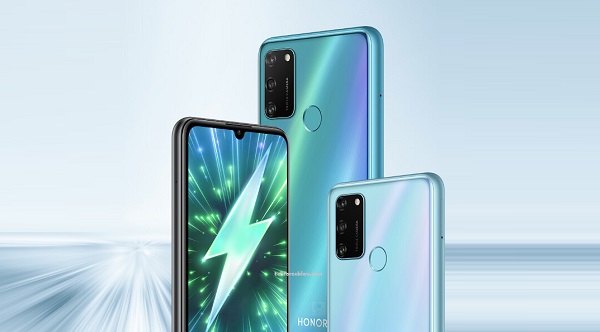 The finest phone among the trio is the the Honor 9C that flaunts a 6.39-inch punch-hole display that supports HD+ resolution of 1560 x 720 pixels. It also sports an 8-megapixel selfie camera.  The rear shell of the phone has a triple camera setup that is compiled with a 48-megapixel main lens, an 8-megapixel ultrawide sensor and a 2-megapixel depth sensor.