Your mobile devices such as phones, tablets and our PCs are vulnerable to attacks if you care less. The easiest way that cyber attackers get into users’ devices is through the apps they install. A recent research by CyberNews research team has discovered a strange network of cyber attackers. This secret group has at least 27 app developers with 101 apps.

These suspicious apps altogether currently boasts of over 68 million downloads. This strange network seems to be copying each others apps and most of their apps are identical to popular. CyberNews reported that there is much about this network that is weird.

Why You Don’t Need Suspicious App On Your Phone

ALSO READ:  Delete These 47 Android Games From Your Phone Now!

Permissions That These Suspicious Apps Requires

There is still more proof that these apps are malicious and dangerous. By simply looking at the required permission, you can know that they pose a privacy and security risks. Here are some examples Let’s take some examples:

If you carefully look at the permissions above, you will see that they are absolutely not necessary. The permissions are far from the core function of the app. The big question is “WHY DO THESE APPs REQUEST FOR THEM”?

Harms These Suspicious Apps Can Cause

These apps are most likely stealing your data (personal images/videos, location, documents)  and selling to the highest bidder. Since their connection is hidden and they are operating from an unknown source, nobody knows who they are. Once you grant these permission(s), apps can launch ransomware and operate your device (make phone calls, send messages, etc). Besides these, the apps are most-likely bad and provide poor services. This is true for most cloned apps especially when it’s flooded with ads.

Now, to some important information that you may want to know, here is the list of 27 developers on the strange network

Most importantly, for the names of the apps that you need to delete, see the list below 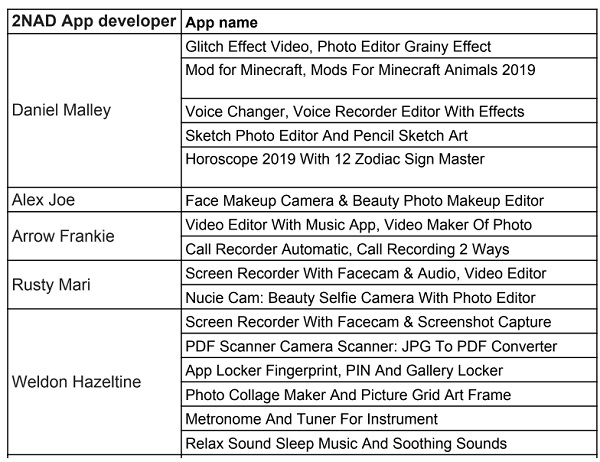 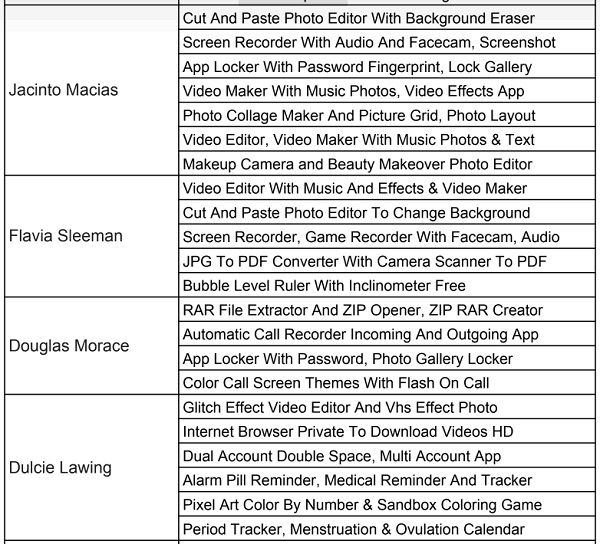 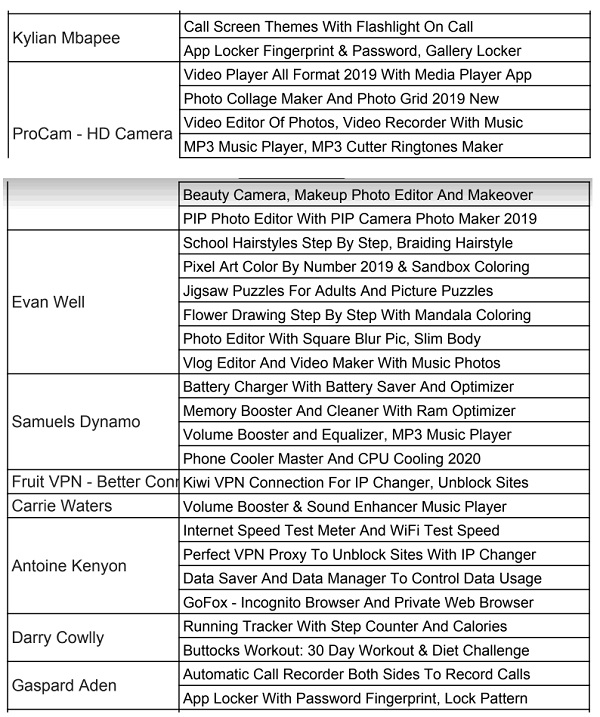 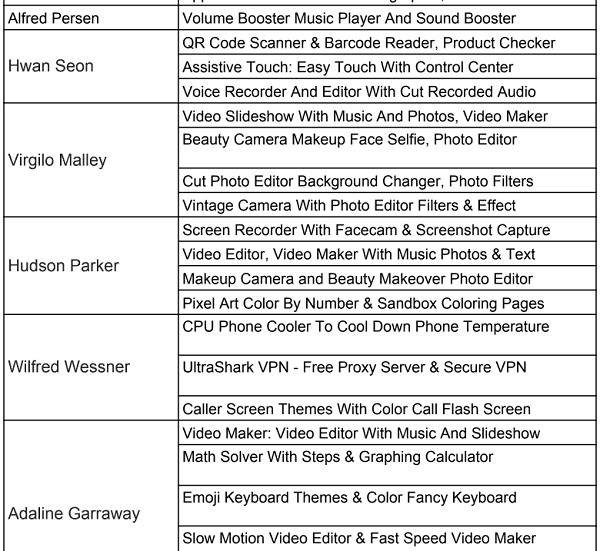 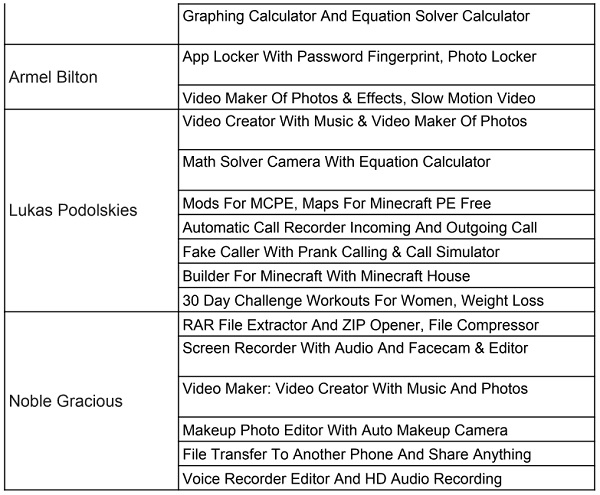