A new and important feature has been introduced to the latest beta update for WhatsApp and this could be a boon for privacy enthusiasts. Called â€˜Protected Backupsâ€™, the new feature enables users to encrypt their chat backups on Google Drive to safeguard their privacy.

The new feature was spotted by well-known WhatsApp tipster WABetaInfo, but it’s still under development and thereâ€™s no immediate timeline on when it might be rolled out to general users. 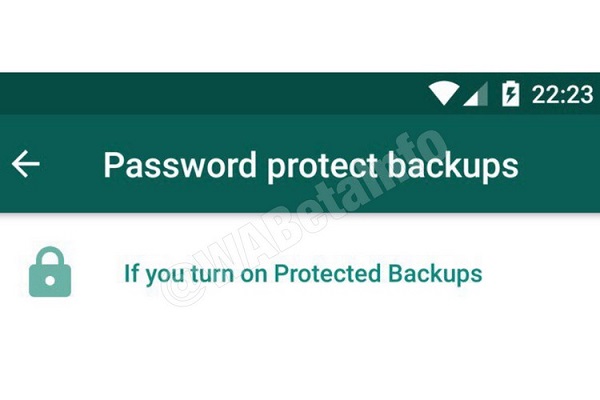 The Protected Backups feature has been spotted in WhatsApp beta for Android version no. 2.20.66, but do note that itâ€™s yet to be enabled for general users. Once it is available, you will have the option to store backups in an encrypted form on Google Drive, which meansÂ neither Google nor WhatsApp will be able to access any of your messages.

The backupâ€™s contents can only be unlocked with a password, but as can be seen from the screenshot below, users will have an option to turn it on or off depending on whether they want to encrypt their chat history or not. 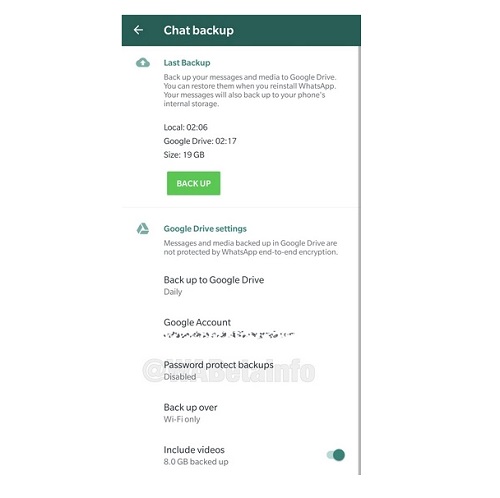 As mentioned already, the feature is still in the very early stages of development with no word on when it may be rolled out for regular users. However, givenÂ WhatsAppâ€™s propensity to take an inordinate amount of timeÂ toÂ roll out new features, itâ€™s anybodyâ€™s guess as to how long it will take for it to be available going forward.

Itâ€™s also worth noting that the â€˜Protected Backupsâ€™ feature has only been spotted in the Android app, so itâ€™s not immediately clear as to when it will start rolling out to the iOS version.