At the Honor 30S launch event held in China today, the smartphone manufacturer unveiled the Kirin 820 5G which is the first mid-range 5G processor from Huawei’s HiSilicon semiconductor arm.

The Kirin 820 5G is a 7nm processor that is touted as an upgraded version of the Kirin 810. 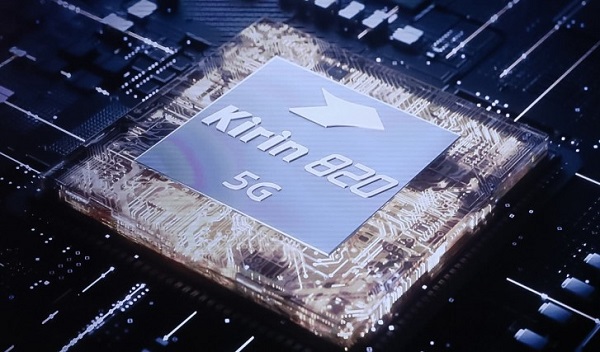 The latest platform uses a 7nm process and features 4x ARM Cortex-A76 BIG cores and 4x ARM Cortex-A55 little cores. The new chipset has a single A76 core clocked at 2.36GHz, while the other three are clocked at 2.22GHz. The company promises, at least, 27% more power efficiency in this new chip if we compare it with the older chip.

The new SoC makes use of a Mali-G57 Hexa-Core GPU which is slightly better than the Mali-G52 found on Kirin 810. Huawei also implemented GPU Turbo and Kirin Gaming+ 2.0 technology on this chipset for improved gaming performance. The new chip boasts the usual set of AI technologies thanks to the new NPU unit. According to the company, the new AI is 73% better than what we could achieve with the Kirin 810. 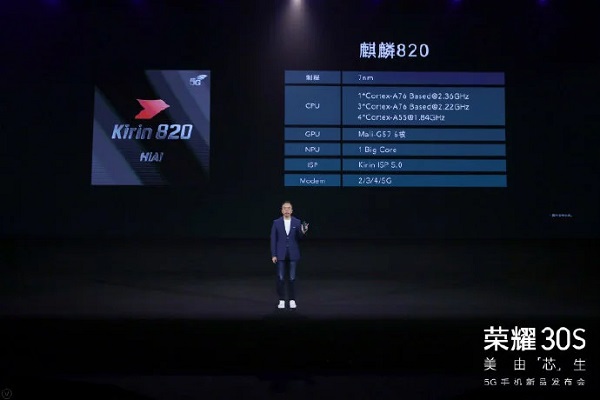 The Honor 30S is powered by the new chipset, and we expect it to power many more devices from Huawei and Honor in the coming months.