The last time a purchase limit was imposed on Apple’s product was back in 2007 – the launching of the first model.

Many have been trying to buy some spare iPhones but no success? There is a reason. This is all due to increasingly stringent restrictions adopted by governments, organizations and companies to tackle the coronavirus epidemic, hence, reason for Apple limiting the online sales to two the maximum number of iPhone that can be purchased by a person.

The limit is already in effect across the US, Europe and several markets in Asia including China, Hong Kong, Taiwan and Singapore. In fact, they notify the customers once they add more than one iPhone to the cart (and not necessarily the same model). 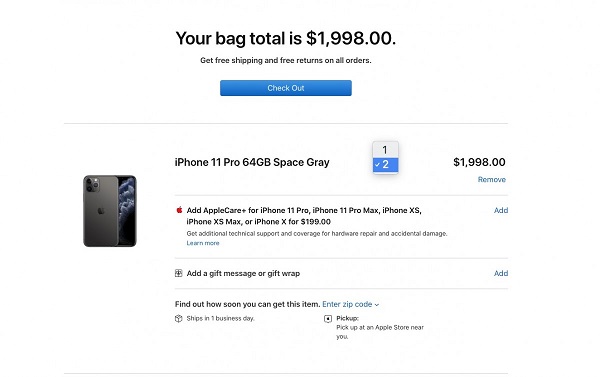 Apple is still keeping its physical retail stores outside ChinaÂ closed. Furthermore, the company is still trying to get back to its normal production cycle after the forced closure of its key partnersâ€™ factories.

â€œThis happens in Asia when there is a new iPhone launch and scalpers saw an opportunity to sell to mainland China, where the new phones were harder to buy at the time,â€Â accordingÂ to Nicole Peng.

â€œNow with the closing stores all over the world, online scalpers see a similar opportunity.â€

The coronavirus, which originated in China in late December, has since spread to 178 countries, infecting over 240,000 and killing about 10,000 globally.

The Best Budget Smartphones of 2018 That Offers Excellent Value For...