The Apple iPhone 12 Pro is expected to be unveiled around September 2020. Initial leaks indicated that the device will come with a notch, but recent leaks appears to be bring smile to some fans asÂ a new leak reveals a notchless iPhone 12 Pro.

There is no way to 100% confirm it now, but svetapple.com has obtained leaked images of a notchless iPhone 12 Pro. 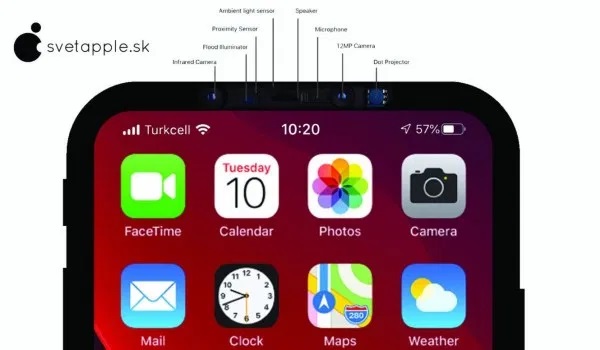 Here is an extract from a statement by svetapple:

..we managed to get to the leak from the iOS 14 code (from an unnamed source, close to Apple), which shows the alleged scheme of the upcoming iPhone 12 Pro, which will come in September.

An Apple iPhone without a notch would be a novelty, considering the design pattern has included a wide notch for a few years now.

We have till September 2020 to wait to see what the upcoming iPhone will be like. Between now and then, you can expect several leaks that will either debunk or confirm this leak about a notchless iPhone 12 Pro.

Join Us On Telegram
ALSO READ:  Cost of repairing a Galaxy S10 shows that iPhone's repair cost is ridiculously too high
Advertisment

Samsung May Launch Galaxy Fold Lite For $900 Next Year